Context. The object 2012 DA14 is a near-Earth asteroid with a size of several tens of meters. It had approached closely the Earth on 15 February 2013 UT, providing an opportunity for precise measurements of this tiny asteroid.
Aims: The solar phase angle of 2012 DA14 had varied widely around its closest approach but was almost constant during the following night. We performed time-series photometric observations on those two nights to determine the rotational properties and phase effect.
Methods: The observations were carried out using the 0.55-m telescope at Saitama University, Japan. The R-band images were obtained continuously over a 2 h period at the closest approach and for about 5 h on the next night.
Results: The lightcurve data from the second night indicates a rotational period of 11.0+1.8-0.6 h and a peak-to-peak amplitude of 1.59 ± 0.02 mag. The brightness variation before and after the closest approach was separated into two components that are derived from the rotation and phase effect. We found that the phase curve slope of this asteroid is significantly shallower than those of other L-type asteroids.
Conclusions: We suggest that 2012 DA14 is coated with a coarse surface that lacks fine regolith particles and/or a high albedo surface. 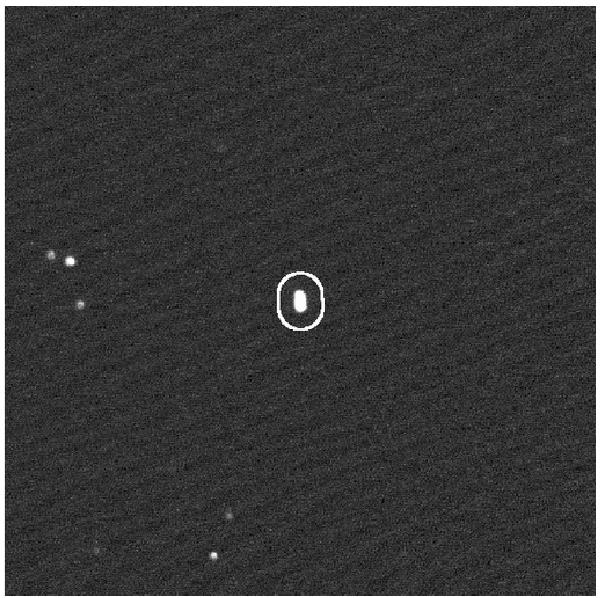