Helioseismology of sunspots: defocusing, folding, and healing of wavefronts

We observe and characterize the scattering of acoustic wave packets by a sunspot in a regime where the wavelength is comparable to the size of the sunspot. Spatial maps of wave travel times and amplitudes are measured from the cross-covariance function of the random wave field observed by SOHO/MDI around the sunspot in active region NOAO 9787. We consider separately incoming plane wave packets consisting of f modes and p modes with radial orders up to four. Observations show that the travel-time perturbations diminish with distance far away from the sunspot - a finite-wavelength phenomenon known as wavefront healing in scattering theory. Observations also show a reduction of the amplitude of the waves after their passage through the sunspot. We suggest that a significant fraction of this amplitude reduction is due to the defocusing of wave energy by the fast wave-speed perturbation introduced by the sunspot. This "geometrical attenuation" will contribute to the wave amplitude reduction in addition to the physical absorption of waves by sunspots. We also observe an enhancement of wave amplitude away from the central path: diffracted rays intersect with unperturbed rays (caustics) and wavefronts fold and triplicate. Wave amplitude measurements in time-distance helioseismology provide independent information that can be used in concert with travel-time measurements. 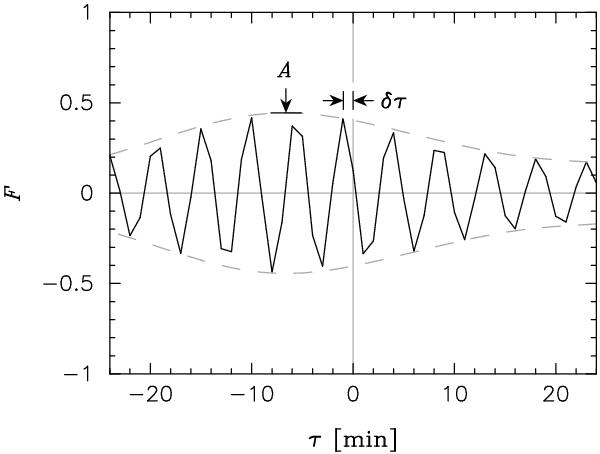