Stellar evolution is modified if energy is lost in a "dark channel" similar to neutrino emission. Comparing modified stellar evolution sequences with observations provides some of the most restrictive limits on axions and other hypothetical low-mass particles and on non-standard neutrino properties. In particular, a putative neutrino magnetic dipole moment μν enhances the plasmon decay process, postpones helium ignition in low-mass stars, and therefore extends the red giant branch (RGB) in globular clusters (GCs). The brightness of the tip of the RGB (TRGB) remains the most sensitive probe for μν and we revisit this argument from a modern perspective. Based on a large set of archival observations, we provide high-precision photometry for the Galactic GC M5 (NGC 5904) and carefully determine its TRGB position. On the theoretical side, we add the extra plasmon decay rate brought about by μν to the Princeton-Goddard-PUC (PGPUC) stellar evolution code. Different sources of uncertainty are critically examined. The main source of systematic uncertainty is the bolometric correction and the main statistical uncertainty derives from the distance modulus based on main-sequence fitting. (Other measures of distance, e.g., the brightness of RR Lyrae stars, are influenced by the energy loss that we wish to constrain.) The statistical uncertainty of the TRGB position relative to the brightest RGB star is less important because the RGB is well populated. We infer an absolute I-band brightness of MI = -4.17 ± 0.13 mag for the TRGB compared with the theoretical prediction of - 3.99 ± 0.07 mag, in reasonable agreement with each other. A significant brightness increase caused by neutrino dipole moments is constrained such that μν < 2.6 × 10-12 μB (68% CL), where μB ≡ e/2me is the Bohr magneton, and μν < 4.5 × 10-12 μB (95% CL). In these results, statistical and systematic errors have been combined in quadrature. 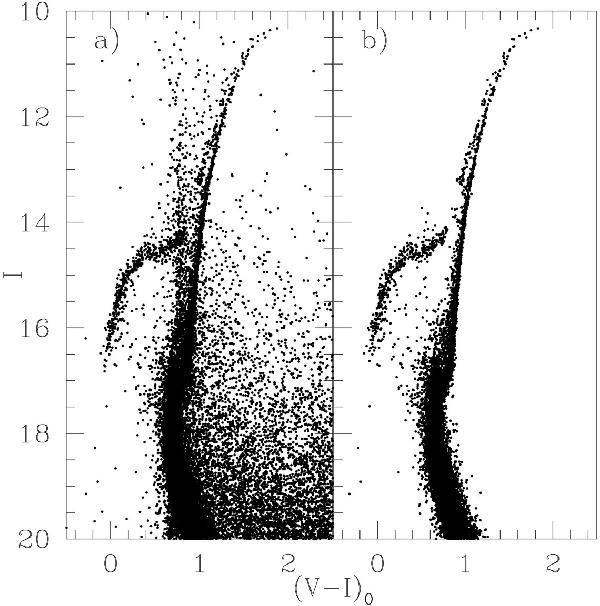