RR Telescopii is the prototype of the symbiotic novae class. Since its outburst in 1944, it has been slowly fading, and its emission-line spectrum has evolved significantly. In this paper we discuss XMM-Newton observations of RR Tel taken in April 2009. These are the first X-ray high-resolution spectra of this system, and they provide important information about the physical conditions of the emitting gas. We have estimated the temperature and the luminosity of the hot star to be 154 kK and 5000 L☉, respectively, from the comparison of model atmospheres with the X-ray spectra. Normalisation of the models with the far ultraviolet flux leads to similar values. Both the shape of the low-resolution X-ray spectrum and the spectral diagnostics that make use of the emission lines present in the RGS spectrum indicate the existence of collisionally ionised gas. At least two components are present, with temperatures of ≈0.6 and 1.7 MK. The existence of a wind from the hot star is unequivocally confirmed by HST-STIS observations taken in 2000, which showed displaced absorption components for the N V 1240 Å and C IV 1550 Å doublets. These components have terminal velocities of the order of 400 km s-1, which is consistent with the temperature of the gas detected in X-rays. 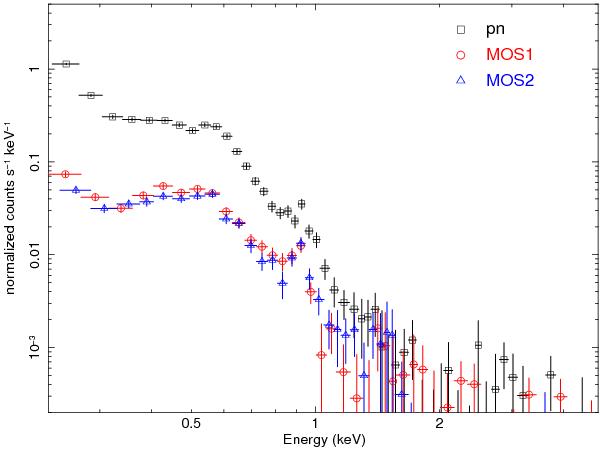