Context. The first generation of stars, which formed directly from the primordial gas, is believed to have played a crucial role in the early phase of the epoch of reionization of the universe. Theoretical studies indicate that the initial mass function (IMF) of this first stellar population differs significantly from the present IMF, being top-heavy and thus allowing for the presence of supermassive stars with masses up to several thousand solar masses. The first generation of population III stars was therefore not only very luminous, but due to its lack of metals its emission of UV radiation considerably exceeded that of present stars. Because of the short lifetimes of these stars the metals produced in their cores were quickly returned to the environment, from which early population II stars with a different IMF and different spectral energy distributions (SEDs) were formed, already much earlier than the time at which the universe became completely reionized (at a redshift of z ≳ 6).
Aims: Using a state-of-the-art model atmosphere code we calculate realistic SEDs of very massive stars (VMSs) of different metallicities to serve as input for the 3-dimensional radiative transfer code we have developed to simulate the temporal evolution of the ionization of the inhomogeneous interstellar and intergalactic medium, using multiple stellar clusters as sources of ionizing radiation. The ultimate objective of these simulations is not only to quantify the processes which are believed to have lead to the reionized state of the universe, but also to determine possible observational diagnostics to constrain the nature of the ionizing sources.
Methods: The multifrequency treatment in our combination of 3d radiative transfer - based on ray-tracing - and time-dependent simulation of the ionization structure of hydrogen and helium allows, in principle, to deduce information about the spectral characteristics of the first generations of stars and their interaction with the surrounding gas on various scales.
Results: As our tool can handle distributions of numerous radiative sources characterized by high resolution synthetic SEDs, and also yields occupation numbers of the required energy levels of the most important elements which are treated in non-LTE and are calculated consistently with the 3d radiative transfer, the ionization state of an inhomogeneous gaseous density structure can be calculated accurately. We further demonstrate that the increasing metallicity of the radiative sources in the transition from population III stars to population II stars has a strong impact on the hardness of the emitted spectrum, and hence on the reionization history of helium.
Conclusions: A top-heavy stellar mass distribution characterized by VMSs forming in chemically evolved clusters of high core mass density may not only provide the progenitors of intermediate-mass and supermassive black holes (SMBHs), but also play an important role for the reionization of He ii. The number of VMSs required to reionize He ii by a redshift of z ~ 2.5 is astonishingly close to the number of VMSs required to explain galactic SMBHs if one assumes that these have been formed by mergers of smaller black holes. 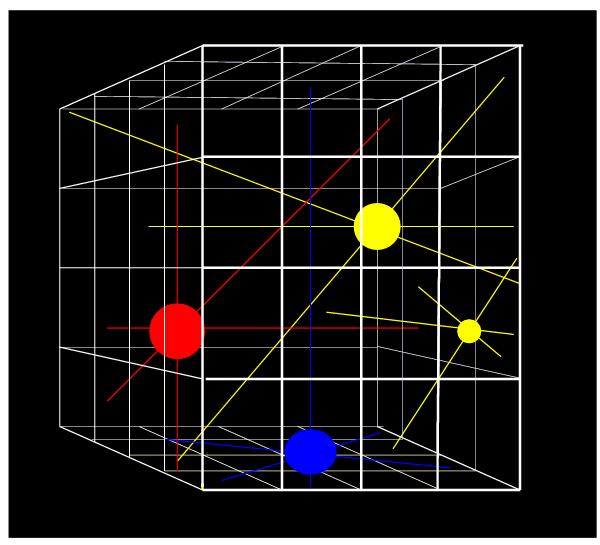