Aims: We present aperture-synthesis imaging of the red supergiant Antares (α Sco) in the CO first overtone lines. Our goal is to probe the structure and dynamics of the outer atmosphere.
Methods: Antares was observed between 2.28 μm and 2.31 μm with VLTI/AMBER with spectral resolutions of up to 12 000 and angular resolutions as high as 7.2 mas at two epochs with a time interval of one year.
Results: The reconstructed images in individual CO lines reveal that the star appears differently in the blue wing, line center, and red wing. In 2009, the images in the line center and red wing show an asymmetrically extended component, while the image in the blue wing shows little trace of it. In 2010, however, the extended component appears in the line center and blue wing, and the image in the red wing shows only a weak signature of the extended component. Our modeling of these AMBER data suggests that there is an outer atmosphere (MOLsphere) extending to 1.2-1.4 R⋆ with CO column densities of (0.5-1) × 1020 cm-2 and a temperature of ~2000 K. The CO line images observed in 2009 can be explained by a model in which a large patch or clump of CO gas is infalling at only 0-5 km s-1, while the CO gas in the remaining region is moving outward much faster at 20-30 km s-1. The images observed in 2010 suggest that a large clump of CO gas is moving outward at 0-5 km s-1, while the CO gas in the remaining region is infalling much faster at 20-30 km s-1. In contrast to the images in the CO lines, the AMBER data in the continuum show only a slight deviation from limb-darkened disks and only marginal time variations. We derive a limb-darkened disk diameter of 37.38 ± 0.06 mas and a power-law-type limb-darkening parameter of (8.7 ± 1.6) × 10-2 (2009) and 37.31 ± 0.09 mas and (1.5 ± 0.2) × 10-1 (2010). We also obtain an effective temperature of 3660 ± 120 K (the error includes the effects of the temporal flux variation that is assumed to be the same as Betelgeuse) and a luminosity of log L⋆/L⊙ = 4.88 ± 0.23. Comparison with theoretical evolutionary tracks suggests a mass of 15 ± 5 M⊙ with an age of 11-15 Myr, which is consistent with the recently estimated age for the Upper Scorpius OB association.
Conclusions: The properties of the outer atmosphere of Antares are similar to those of another well-studied red supergiant, Betelgeuse. The density of the extended outer atmosphere of Antares and Betelgeuse is higher than predicted by the current 3D convection simulations by at least six orders of magnitude, implying that convection alone cannot explain the formation of the extended outer atmosphere.

Based on AMBER observations made with the Very Large Telescope Interferometer of the European Southern Observatory. Program ID: 083.D-0333(A/B) (AMBER guaranteed time observation), 085.D-0085(A/B).Appendices are available in electronic form at http://www.aanda.orgMovies of data cube are only available at the CDS via anonymous ftp to http://cdsarc.u-strasbg.fr (ftp://130.79.128.5) or via http://cdsarc.u-strasbg.fr/viz-bin/qcat?J/A+A/555/A24 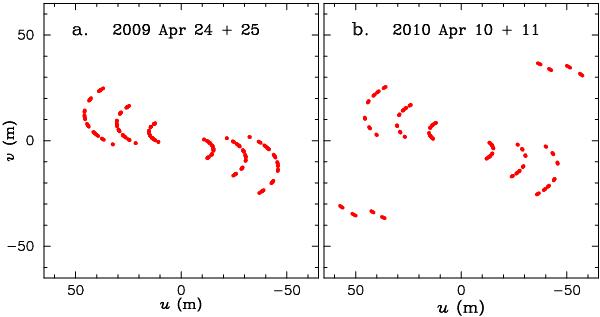