Context. Long soft gamma-ray bursts (LGRBs) are usually associated with the death of the most massive stars. A large amount of core angular momentum in the phases preceding the explosion is required to form LGRBs. A very high initial rotational velocity can provide this angular momentum. This velocity strongly influences the way the star evolves: it is mixed in a chemically homogeneous way and evolves directly towards the blue part of the Hertzsprung-Russell (HR) diagram from the main sequence.
Aims: We have shown that chemically homogeneous evolution takes place in the Small Magellanic Cloud (SMC) at low metallicity. We want to see whether there is a metallicity threshold above which such an evolution is not possible.
Methods: We performed a spectroscopic analysis of H-rich early-type WN stars in the Large Magellanic Cloud (LMC) and the Galaxy. We used the code CMFGEN to determine the fundamental properties (Teff, L) and the surface composition of the target stars. We then placed the stars in the HR diagram and determined their evolution.
Results: We show that both the LMC and Galactic WNh stars we selected cannot be explained by standard stellar evolution. They are located on the left of the main sequence but show surface abundances typical of CN equilibrium. In addition, they still contain a large amount of hydrogen. They are thus core-H burning objects. Their properties are consistent with chemically homogeneous evolution. We determine the metallicity of the Galactic stars from their position and Galactic metallicity gradients and conclude that they have 0.6 < Z < 1.0. A moderate coupling between the core and the envelope is required to explain that stellar winds do not extract too much angular momentum to prevent a blueward evolution.
Conclusions: We have shown that chemically homogeneous evolution takes place in environments with metallicity up to solar. Since some long gamma-ray bursts appear in (super-)solar environments, such an evolution may be a viable way to form them over a wide range of metallicities.

Figures 1-6 are available in electronic form at http://www.aanda.org 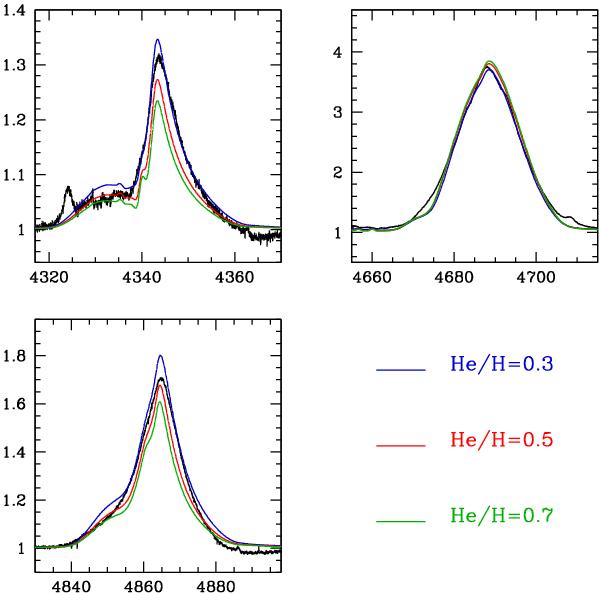