Context. OB stars are important in the chemistry and evolution of the Universe, but the sample of targets that is well understood from an asteroseismological point of view is still too limited to provide feedback on the current evolutionary models.
Aims: We extend this sample with two spectroscopic binary systems. Our goal is to provide orbital solutions, fundamental parameters, and abundances from disentangled high-resolution high signal-to-noise spectra, as well as to analyse and interpret the variations in the Kepler light curve of these carefully selected targets. This way we continue our efforts to map the instability strips of β Cep and slowly pulsating B stars using the combination of high-resolution ground-based spectroscopy and uninterrupted space-based photometry.
Methods: We fit Keplerian orbits to radial velocities measured from selected absorption lines of high-resolution spectroscopy using synthetic composite spectra to obtain orbital solutions. We used revised masks to obtain optimal light curves from the original pixel-data from the Kepler satellite, which provided better long-term stability compared to the pipeline-processed light curves. We used various time-series analysis tools to explore and describe the nature of variations present in the light curve.
Results: We find two eccentric double-lined spectroscopic binary systems containing a total of three main sequence B-type stars (and one F-type component), of which at least one in each system exhibits light variations. The light curve analysis (combined with spectroscopy) of the system of two B stars points towards the presence of tidally excited g modes in the primary component. We interpret the variations seen in the second system as classical g mode pulsations driven by the κ mechanism in the B type primary, and explain the unexpected power in the p mode region as the result of nonlinear resonant mode excitation.

Based on observations made with the Mercator telescope, operated by the Flemish Community, with the Nordic Optical Telescope, operated jointly by Denmark, Finland, Iceland, Norway, and Sweden, and with the William Herschel Telescope operated by the Isaac Newton Group, all on the island of La Palma at the Spanish Observatorio del Roque de los Muchachos of the Instituto de Astrofísica de Canarias.Based on observations obtained with the HERMES spectrograph, which is supported by the Fund for Scientific Research of Flanders (FWO), Belgium, the Research Council of KU Leuven, Belgium, the Fonds National Recherches Scientific (FNRS), Belgium, the Royal Observatory of Belgium, the Observatoire de Genève, Switzerland and the Thüringer Landessternwarte Tautenburg, Germany.Figures 11 and 19 are available in electronic form at http://www.aanda.orgTables A.1 and A.2 are only available at the CDS via anonymous ftp to http://cdsarc.u-strasbg.fr (ftp://130.79.128.5) or via http://cdsarc.u-strasbg.fr/viz-bin/qcat?J/A+A/553/A127 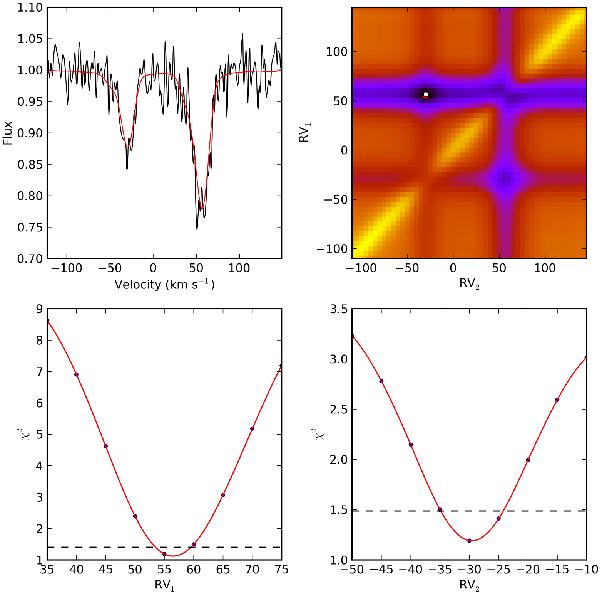