Young A and B stars, the so-called Herbig Ae/Be stars (HAeBe), are surrounded by active accretion disks and drive outflows. We study the jet HH 409, which is launched from the HAeBe star HD 163296, using new and archival observations from Chandra and HST/STIS. In X-rays we can show that the central source is not significantly extended. The approaching jet, but not the counterjet, is detected in Lyα. In addition, there is red-shifted Lyα emission extended in the same direction as the jet, which is also absent in the counterjet. We can rule out an accretion or disk-wind origin for this feature. In the optical we find the knots B and B2 in the counterjet. Knot B has been observed previously, so we can derive its proper motion of (0.37 ± 0.01)'' yr-1. Its electron density is 3000 cm-3, thus the cooling time scale is only a few months, so the knot needs to be reheated continuously. The shock speed derived from models of Hα and forbidden emission lines decreased from 50 km s-1 in 1999 to 30 km s-1 in 2011 because the shock front loses energy as it travels along the jet. Knot B2 is observed at a similar position in 2011 to where knot B was in 1999, but shows a lower ionization fraction and higher mass loss rate, proving that there are variations in the jet launching conditions. 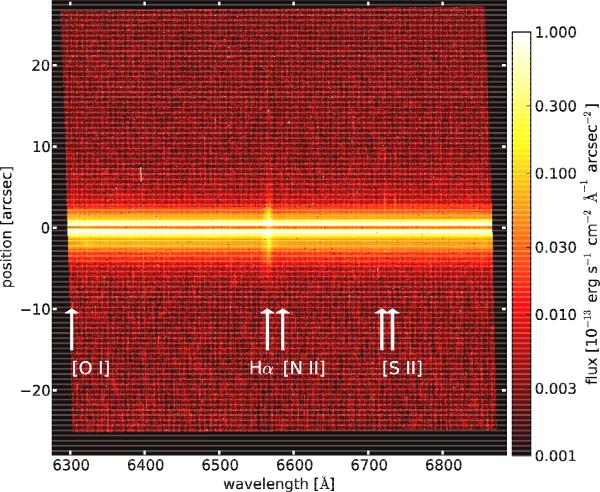