On the functional form of the metallicity-giant planet correlation

Context. It is generally accepted that the presence of a giant planet is strongly dependent on the stellar metallicity. A stellar mass dependence has also been investigated, but this dependence does not seem as strong as the metallicity dependence. Even for metallicity, however, the exact form of the correlation has not been established.
Aims: In this paper, we test several scenarios for describing the frequency of giant planets as a function of its host parameters. We perform this test on two volume-limited samples (from CORALIE and HARPS).
Methods: By using a Bayesian analysis, we quantitatively compared the different scenarios.
Results: We confirm that giant planet frequency is indeed a function of metallicity. However, there is no statistical difference between a constant or an exponential function for stars with subsolar metallicities contrary to what has been previously stated in the literature. The dependence on stellar mass could neither be confirmed nor be discarded. 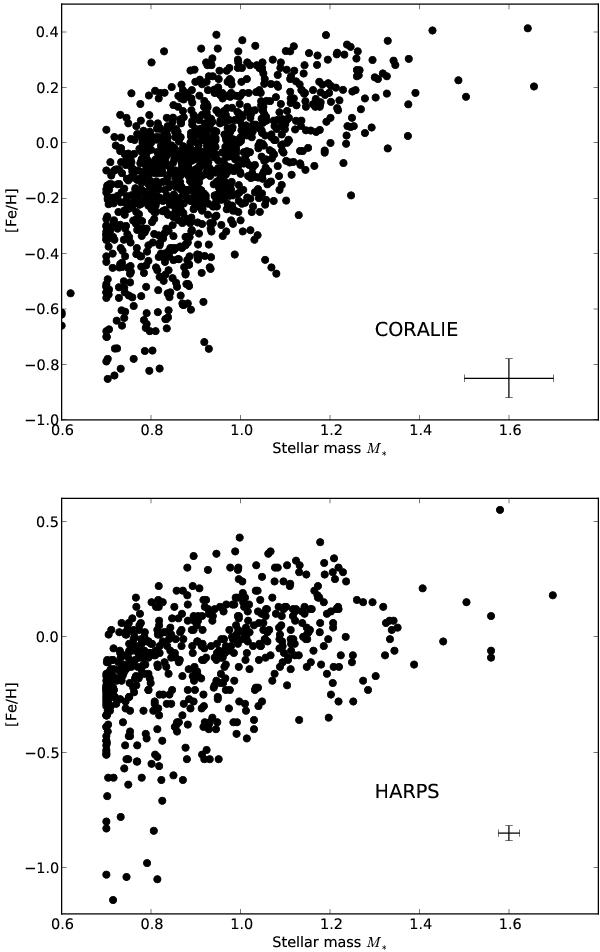