Active galactic nuclei (AGN) play a decisive role in galaxy evolution, particularly so when they launch powerful jets, which reshape their surroundings. However, identifying them is difficult, since radio observations typically have a resolution between 1 arcsec and 10 arcsec, which is equally sensitive to radio emission from star-forming activity and from AGN. Very Long Baseline Interferometry (VLBI) observations allow only the most compact non-thermal emission to be filtered from radio survey data. The observational and computational demands to do this in large surveys have, until recently, been too high to make this practical. Only the recent advent of wide-field observing techniques have enabled such observations, and we here present the results of a survey of 217 radio sources in the Lockman Hole/XMM field. We describe in detail some new aspects of the calibration, including primary beam correction, multi-source self-calibration, and mosaicing. We detected 65 out of the 217 radio sources and were able to construct, for the first time, the source counts of VLBI-detected AGN. The source counts indicate that at least 15-25% of the sub-mJy radio sources are AGN-driven, consistent with recent findings using other AGN selection techniques. We have used optical, infrared and X-ray data to enhance our data set and to investigate the AGN hosts. We find that among the sources nearby enough to be resolved in the optical images, 88% (23/26) could be classified as early-type or bulge-dominated galaxies. While 50% of these sources are correctly represented by the SED of an early-type galaxy, the best fit for the remainder was obtained with a heavily extinct starburst template. However, this is due to a degeneracy in the fit, as such extinction in the templates is mimicking early-type objects. Our data suggest that the hosts of VLBI-detected sources are typically early-type or bulge-dominated galaxies. 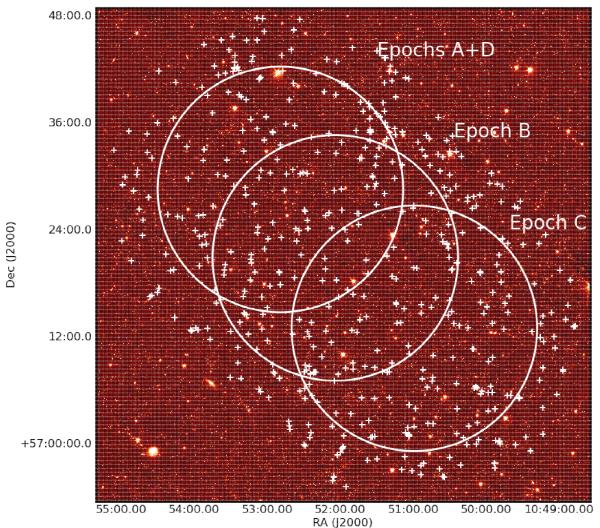