Context. Hyperluminous infrared galaxies (HLIRG) are the most luminous persistent objects in the Universe. They exhibit extremely high star formation rates, and most of them seem to harbour an active galactic nucleus (AGN). They are unique laboratories for investigating the most extreme star formation and its connection to super-massive black hole growth.
Aims: The relative AGN and starburst (SB) contributions to the total output in these objects is still debated. Our aim is to disentangle the AGN and SB emission of a sample of thirteen HLIRG.
Methods: We studied the MIR low-resolution spectra of a sample of thirteen HLIRG obtained with the Infrared Spectrograph on board Spitzer. The 5-8 μm range is an optimal window for detecting AGN activity even in a heavily obscured environment. We performed an SB/AGN decomposition of the continuum using templates, which has been successfully applied for ULIRG in previous works.
Results: The MIR spectra of all sources is largely dominated by AGN emission. By converting the 6 μm luminosity into IR luminosity, we found that ~80% of the sample shows an IR output dominated by the AGN emission. However, the SB activity is significant in all sources (mean SB contribution ~30%), showing star formation rates ~300-3000 M☉ yr-1. With X-ray and MIR data we estimated the dust covering factor (CF) of these HLIRG, finding that a significant fraction presents a CF consistent with unity. Along with the high X-ray absorption shown by these sources, this suggests that large amounts of dust and gas enshroud the nucleus of these HLIRG, as also observed in ULIRG.
Conclusions: Our results agree with previous studies of the IR SED of HLIRG using radiative transfer models, and we find strong evidence that all HLIRG harbour an AGN. Moreover, this work provides further support for the idea that AGN and SB are both crucial to understanding the properties of HLIRG. Our study of the CF supports the hypothesis that HLIRG can be divided into two different populations. 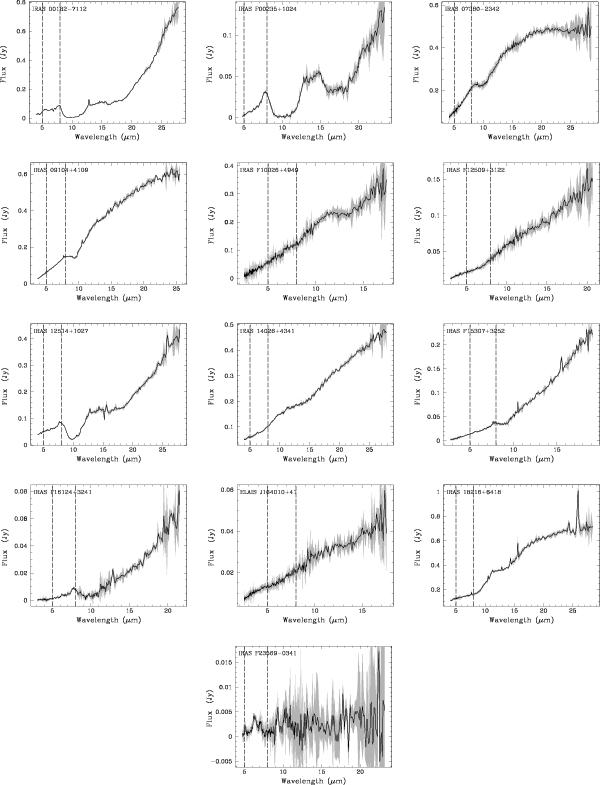