The TASTE project is searching for low-mass planets with the transit timing variation (TTV) technique by gathering high-precision, short-cadence light curves for a selected sample of transiting exoplanets. It has been claimed that the "hot Jupiter" WASP-3b could be perturbed by a second planet. Presenting eleven new light curves (secured at the IAC80 and UDEM telescopes) and re-analyzing thirty-eight archival light curves in a homogeneous way, we show that new data do not confirm the previously claimed TTV signal. However, we bring evidence that measurements are not consistent with a constant orbital period, though no significant periodicity can be detected. Additional dynamical modeling and follow-up observations are planned to constrain the properties of the perturber or to put upper limits to it. We provide a refined ephemeris for WASP-3b and improved orbital/physical parameters. A contact eclipsing binary, serendipitously discovered among field stars, is reported here for the first time.

This article is based on observations made with the IAC80 telescope operated on the island of Tenerife by the Instituto de Astrofísica de Canarias (IAC) in the Spanish Observatorio del Teide.Tables 1 and 3 and Appendix A are available in electronic form at http://www.aanda.orgPhotometric data are only available at the CDS via anonymous ftp to cdsarc.u-strasbg.fr (130.79.128.5) or via http://cdsarc.u-strasbg.fr/viz-bin/qcat?J/A+A/549/A30 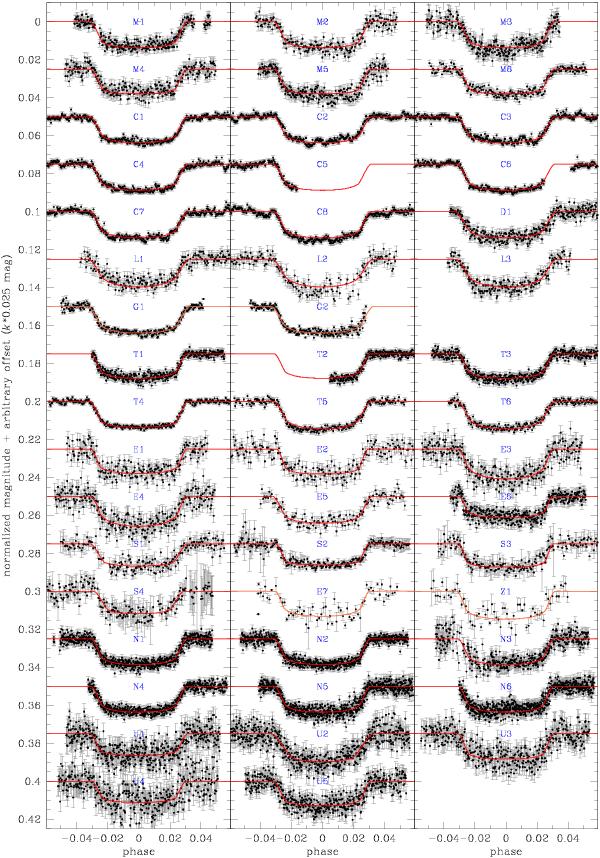