Context. Massive stars form in groups and their winds and supernova explosions create superbubbles up to kpc in size. The fate of their ejecta is of vital importance for the dynamics of the interstellar medium, for chemical evolution models, and the chemical enrichment of galactic halos and the intergalactic medium. However, ejecta kinematics and the characteristic scales in space and time have not been explored in great detail beyond ~10 Ka.
Aims: Through measurement of radioactive 26Al with its decay time constant at ~106 years, we aim to trace the kinematics of cumulative massive-star and supernova ejecta independent of the uncertain gas parameters over million-year time scales. Our goal is to identify the mixing time scale and the spatio-kinematics of such ejecta from the pc to kpc scale in our Milky Way.
Methods: We use the SPI spectrometer on the INTEGRAL observatory and its observations along the Galactic ridge to trace the detailed line shape systematics of the 1808.63 keV gamma-ray line from 26Al decay. We determine line centroids and compare these to Doppler shift expectations from large-scale systematic rotation around the Galaxy centre, as observed in other Galactic objects.
Results: We measure the radial velocities of gas traced by 26Al, averaged over the line of sight, as a function of Galactic longitude. We find substantially higher velocities than expected from Galactic rotation, the average bulk velocity being ~200 km s-1 larger than predicted from Galactic rotation. The observed radial velocity spread implies a Doppler broadening of the gamma-ray line that is consistent with our measurements of the overall line width. We can reproduce the observed characteristics with 26Al sources located along the inner spiral arms, when we add a global blow-out preference into the forward direction away from arms into the inter-arm region, as is expected when massive stars are offset towards the spiral-arm leading edge. With the known connection of superbubbles to the gaseous halo, this implies angular-momentum transfer in the disk-halo system and consequently also radial gas flows. The structure of the interstellar gas above the disk affects how ionizing radiation may escape and ionize intergalactic gas. 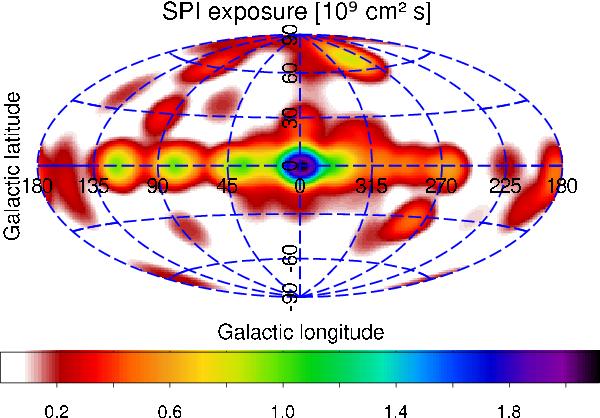