Context. Localized strongly Doppler-shifted Stokes V signals were detected by IMaX/SUNRISE. These signals are related to newly emerged magnetic loops that are observed as linear polarization features.
Aims: We aim to set constraints on the physical nature and causes of these highly Doppler-shifted signals. In particular, the temporal relation between the appearance of transverse fields and the strong Doppler shifts is analyzed in some detail.
Methods: We calculated the time difference between the appearance of the strong flows and the linear polarization. We also obtained the distances from the center of various features to the nearest neutral lines and whether they overlap or not. These distances were compared with those obtained from randomly distributed points on observed magnetograms. Various cases of strong flows are described in some detail.
Results: The linear polarization signals precede the appearance of the strong flows by on average 84 ± 11 s. The strongly Doppler-shifted signals are closer (0.″19) to magnetic neutral lines than randomly distributed points (0.″5). Eighty percent of the strongly Doppler-shifted signals are close to a neutral line that is located between the emerging field and pre-existing fields. That the remaining 20% do not show a close-by pre-existing field could be explained by a lack of sensitivity or an unfavorable geometry of the pre-existing field, for instance, a canopy-like structure.
Conclusions: Transverse fields occurred before the observation of the strong Doppler shifts. The process is most naturally explained as the emergence of a granular-scale loop that first gives rise to the linear polarization signals, interacts with pre-existing fields (generating new neutral line configurations), and produces the observed strong flows. This explanation is indicative of frequent small-scale reconnection events in the quiet Sun. 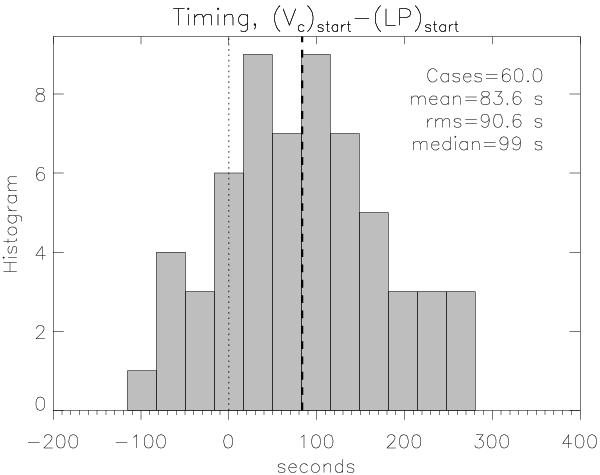