Context. Energetic feedback from supernovae and stellar winds can drive galactic winds. Dwarf galaxies, due to their shallower potential wells, are assumed to be more vulnerable to this phenomenon. Metal loss through galactic winds is also commonly invoked to explain the low metal content of dwarf galaxies.
Aims: Our main aim in this paper is to show that galactic mass cannot be the only parameter determining the fraction of metals lost by a galaxy. In particular, the distribution of gas must play an equally important role.
Methods: We performed 2D chemo-dynamical simulations of galaxies characterized by different gas distributions, masses, and gas fractions.
Results: The gas distribution can change the fraction of lost metals through galactic winds by up to one order of magnitude. In particular, disk-like galaxies tend to lose metals more easily than roundish ones. Consequently, the final metallicities attained by models with the same mass but with different gas distributions can also vary by up to one dex. Confirming previous studies, we also show that the fate of gas and freshly produced metals strongly depends on the mass of the galaxy. Smaller galaxies (with shallower potential wells) more easily develop large-scale outflows, so that the fraction of lost metals tends to be higher. 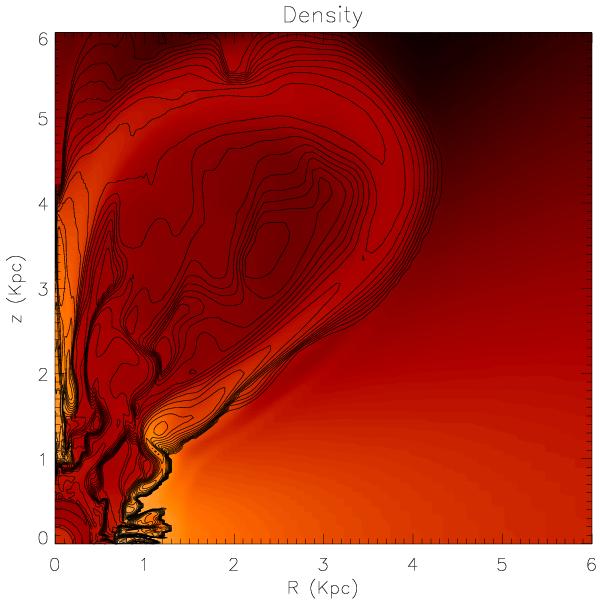