The spectroscopic evolution of the recurrent nova T Pyxidis during its 2011 outburst. II. The optically thin phase and the structure of the ejecta in recurrent novae


Aims: We continue our study of the physical properties of the recurrent nova T Pyx, focussing on the structure of the ejecta in the nebular stage of expansion during the 2011 outburst.
Methods: The nova was observed contemporaneously with the Nordic Optical Telescope (NOT), at high resolution spectroscopic resolution (R ≈ 65 000) on 2011 Oct. 11 and 2012 Apr. 8 (without absolute flux calibration), and with the Space Telescope Imaging Spectrograph (STIS) aboard the Hubble Space Telescope (HST), at high resolution (R ≈ 30 000) on 2011 Oct. 10 and 2012 Mar. 28 (absolute fluxes). The NOT spectra cover 3800-7300 Å, the HST spectra from 2011 Oct. cover 1150-5700 Å while the 2012 Mar. spectrum covers 1150-1700 Å. We use standard plasma diagnostics (e.g. [O III] and [N II] line ratios and the Hβ line fluxes) to constrain electron densities and temperatures. Using Monte Carlo modeling of the ejecta, we derive the structure and filling factor from comparisons to the optical and ultraviolet line profiles.
Results: The ejecta can be modeled using an axisymmetric conical - bipolar - geometry with a low inclination of the axis to the line of sight, i = 15 ± 5 degrees, compatible with published results from high angular resolution optical spectro-interferometry. The structure is similar to that observed in the other short orbital period recurrent novae (e.g. CI Aql, U Sco) and RNe candidate KT Eri during their nebular stages. We show that the electron density scales as t-3 as expected from a ballistically ejected constant mass shell; there is no need to invoke a continuing mass outflow following the eruption. The derived mass for the ejecta with filling factor f ≈ 3%, Mej ≈ 2 × 10-6 M⊙ is similar to that obtained for other recurrent nova ejecta but inconsistent with the previously reported extended optically thick epoch of the explosion. We suggest that the system underwent a common envelope phase following the explosion that produced the recombination event. Implications for the dynamics of the recurrent novae are discussed.
Conclusions: The compact recurrent novae can be understood within a single phenomenological model with bipolar, although not jet-like, low mass ejecta. 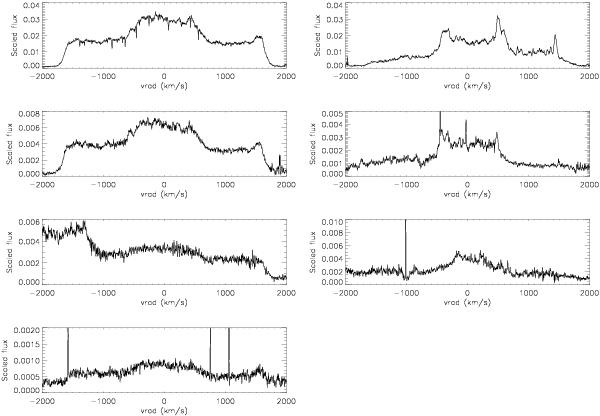