We present a detailed analysis of a large sample of 31 low-redshift, mostly radio-quiet type 1 quasi-stellar objects (QSOs) observed with integral field spectroscopy to study their extended emission-line regions (EELRs). We focus on the ionisation state of the gas, size and luminosity of extended narrow line regions (ENLRs), which corresponds to those parts of the EELR dominated by ionisation from the QSO, as well as the kinematics of the ionised gas. We detect EELRs around 19 of our 31 QSOs (61%) after deblending the unresolved QSO emission and the extended host galaxy light in the integral field data with a new dedicated algorithm. Based on standard emission-line diagnostics we identify 13 EELRs to be entirely ionised by the QSO radiation, 3 EELRs are composed of H ii regions and 3 EELRs display signatures of both ionisation mechanisms at different locations. The typical size of the ENLR is ~10 kpc at a median nuclear [O iii] luminosity of log (L([O iii])/ [ergs-1]) = 42.7 ± 0.15. We show that the ENLR sizes are least a factor of ~2 larger than determined with the Hubble Space Telescope, but are consistent with those of recently reported type 2 QSOs at matching [O iii] luminosities. The ENLR of type 1 and type 2 QSOs therefore appear to follow the same size-luminosity relation. Furthermore, we show for the first time that the ENLR size is much better correlated with the QSO continuum luminosity than with the total/nuclear [O iii] luminosity. We show that ENLR luminosity and radio luminosity are correlated, and argue that radio jets even in radio-quiet QSOs are important for shaping the properties of the ENLR. Strikingly, the kinematics of the ionised gas is quiescent and likely gravitationally driven in the majority of cases and we find only 3 objects with radial gas velocities exceeding >400 km s-1 in specific regions of the EELR that can be associate with radio jets. In general, these are significantly lower outflow velocities and detection rates compared to starburst galaxies or radio-loud QSOs. This represent a challenge for some theoretical feedback models in which luminous QSOs are expected to radiatively drive an outflow out to scales of the entire host galaxy.

Based on observations collected at the Centro Astronómico Hispano Alemán (CAHA) at Calar Alto, operated jointly by the Max- Planck-Institut für Astronomie and the Instituto de Astrofísica de Andalucía (CSIC).Tables 3, 4, and 7 are available in electronic form at http://www.aanda.org 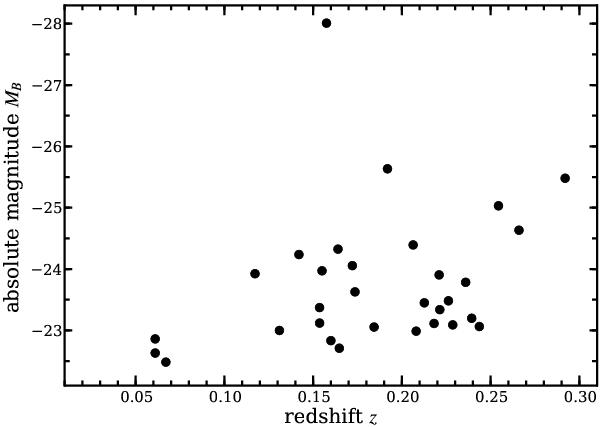