Almost All of Kepler's Multiple-planet Candidates Are Planets

We present a statistical analysis that demonstrates that the overwhelming majority of Kepler candidate multiple transiting systems (multis) indeed represent true, physically associated transiting planets. Binary stars provide the primary source of false positives among Kepler planet candidates, implying that false positives should be nearly randomly distributed among Kepler targets. In contrast, true transiting planets would appear clustered around a smaller number of Kepler targets if detectable planets tend to come in systems and/or if the orbital planes of planets encircling the same star are correlated. There are more than one hundred times as many Kepler planet candidates in multi-candidate systems as would be predicted from a random distribution of candidates, implying that the vast majority are true planets. Most of these multis are multiple-planet systems orbiting the Kepler target star, but there are likely cases where (1) the planetary system orbits a fainter star, and the planets are thus significantly larger than has been estimated, or (2) the planets orbit different stars within a binary/multiple star system. We use the low overall false-positive rate among Kepler multis, together with analysis of Kepler spacecraft and ground-based data, to validate the closely packed Kepler-33 planetary system, which orbits a star that has evolved somewhat off of the main sequence. Kepler-33 hosts five transiting planets, with periods ranging from 5.67 to 41 days. 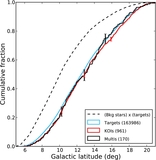