The moss is the area at the footpoint of the hot (3 to 5 MK) loops forming the core of the active region where emission is believed to result from the heat flux conducted down to the transition region from the hot loops. Studying the variation of Doppler shift as a function of line formation temperatures over the moss area can give clues on the heating mechanism in the hot loops in the core of the active regions. We investigate the absolute Doppler shift of lines formed at temperatures between 1 MK and 2 MK in a moss area within active region NOAA 11243 using a novel technique that allows determining the absolute Doppler shift of EUV lines by combining observations from the SUMER and EIS spectrometers. The inner (brighter and denser) part of the moss area shows roughly constant blue shift (upward motions) of 5 km s-1 in the temperature range of 1 MK to 1.6 MK. For hotter lines the blue shift decreases and reaches 1 km s-1 for Fe xv 284 Å (~2 MK). The measurements are discussed in relation to models of the heating of hot loops. The results for the hot coronal lines seem to support the quasi-steady heating models for nonsymmetric hot loops in the core of active regions. 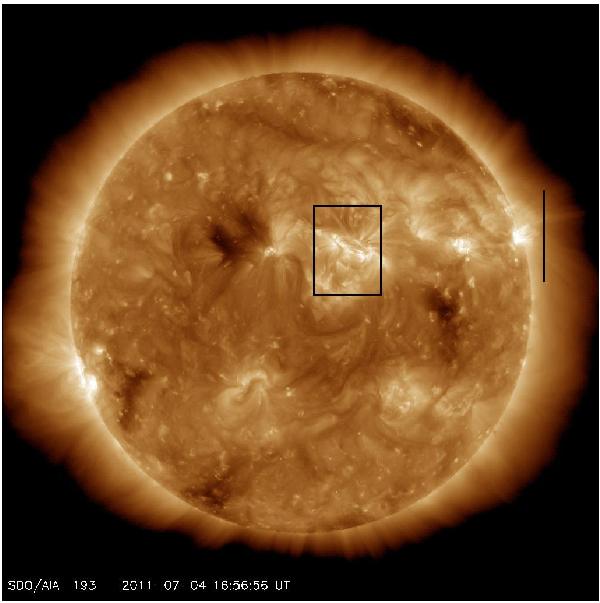