Carbon and oxygen isotopic ratios in Arcturus and Aldebaran. Constraining the parameters for non-convective mixing on the red giant branch

Context. We re-analyzed the carbon and oxygen isotopic ratios in the atmospheres of the two bright K giants Arcturus (α Boo) and Aldebaran (α Tau).
Aims: These stars are in the evolutionary stage following the first dredge-up (FDU). Previous determinations (dating back more than 20 years) of their 16O/18O ratios showed a rough agreement with FDU expectations; however, the estimated 16O/17O and 12C/13C ratios were lower than in the canonical predictions for red giants. Today these anomalies are interpreted as signs of the occurrence of non-convective mixing episodes. We therefore re-investigated this problem to verify whether the observed data can be reproduced in this scenario and if the fairly well determined properties of the two stars can help us in fixing the uncertain parameters that characterize non-convective mixing and in constraining its physical nature.
Methods: We used high-resolution infrared spectra from the literature to derive the 12C/13C and 16O/17O/18O ratios from CO molecular lines near 5 μm, using the local termodynamic equilibrium (LTE) spectral synthesis method. We made use of the recently published ACE-FTS atlas of the infrared solar spectrum for constructing an updated atomic and molecular line lists in this spectral range. We also reconsidered the determination of the stellar parameters to build the proper atmospheric and evolutionary models.
Results: We found that both the C and the O isotopic ratios for the two stars considered actually disagree with pure FDU predictions. This reinforces the idea that non-convective transport episodes occurred in these stars. By reproducing the observed elemental and isotopic abundances with the help of parametric models for the coupled occurrence of nucleosynthesis and mass circulation, we derived constraints on the properties of non-convective mixing, providing information on the so far elusive physics of these phenomena. We find that very slow mixing, like that associated to diffusive processes, is incapable of explaining the observed data, which require a fast transport. Circulation mechanisms with speeds intermediate between those typical of diffusive and convective mixing are necessary. We conclude with a word of caution on the conclusions possible at this stage however, as the parameters for the mass transport are fairly sensitive to the stellar mass and initial composition. At least for α Boo, reducing the uncertainty still remaining on these data would be highly desirable.

Table 4 is available in electronic form at http://www.aanda.org 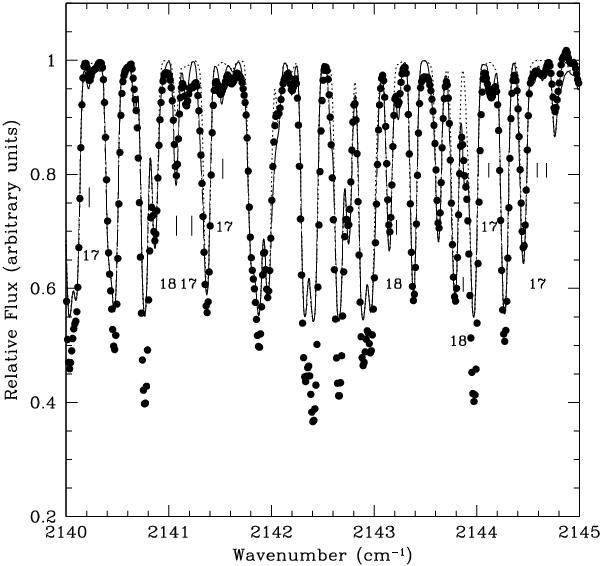