Integral field spectroscopy of a sample of nearby galaxies. II. Properties of the H ii regions

We analyse the spectroscopic properties of thousands of H ii regions identified in 38 face-on spiral galaxies. All galaxies were observed out to 2.4 effective radii using integral field spectroscopy (IFS) over the wavelength range ~3700 to ~6900 Å. The near uniform sample has been assembled from the PPAK IFS Nearby Galaxy (PINGS) survey and a sample described in Paper I. We develop a new automatic procedure to detect H ii regions, based on the contrast of the Hα intensity maps extracted from the datacubes. Once detected, the algorithm provides us with the integrated spectra of each individual segmented region. In total, we derive good quality spectroscopic information for ~2600 independent H ii regions/complexes. This is by far the largest H ii region survey of its kind. Our selection criteria and the use of 3D spectroscopy guarantee that we cover the regions in an unbiased way. A well-tested automatic decoupling procedure has been applied to remove the underlying stellar population, deriving the main properties (intensity, dispersion and velocity) of the strongest emission lines in the considered wavelength range (covering from [O ii] λ3727 to [S ii] λ6731). A final catalogue of the spectroscopic properties of H ii regions has been created for each galaxy, which includes information on morphology, spiral structure, gaskinematics, and surface brightness of the underlying stellar population. In the current study, we focus on the understanding of the average properties of the H ii regions and their radial distributions. We find a significant change in the ionisation characteristics of H ii regions within r < 0.25 re due to contamination from sources with different ionising characteristics, as we discuss. We find that the gas-phase oxygen abundance and the Hα equivalent width present a negative and positive gradient, respectively. The distribution of slopes is statistically compatible with a random Gaussian distribution around the mean value, if the radial distances are measured in units of the respective effective radius. No difference in the slope is found for galaxies of different morphologies, e.g. barred/non-barred, grand-design/flocculent. Therefore, the effective radius is a universal scale length for gradients in the evolution of galaxies. Some properties have a large variance across each object and between galaxies (e.g. electron density) without a clear characteristic value. But other properties are well described by an average value either galaxy by galaxy or among the different galaxies (e.g. dust attenuation).

Based on observations collected at the Centro Astronómico Hispano Alemán (CAHA) at Calar Alto, operated jointly by the Max-Planck Institut für Astronomie and the Instituto de Astrofísica de Andalucía (CSIC).Appendices are available in electronic form at http://www.aanda.orgCatalogues are only available at the CDS via anonymous ftp to cdsarc.u-strasbg.fr (130.79.128.5) or via http://cdsarc.u-strasbg.fr/viz-bin/qcat?J/A+A/546/A2 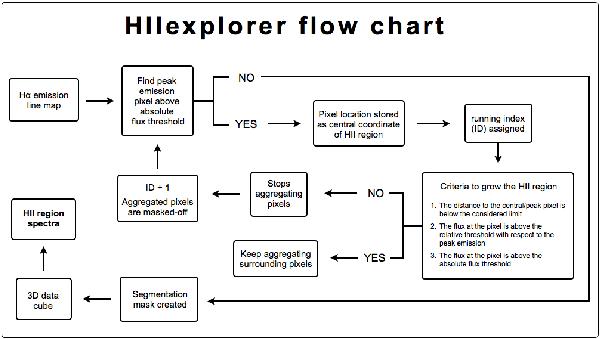