The false-positive probability (FPP) of Kepler transiting candidates is a key value for statistical studies of candidate properties. A previous investigation of the stellar population in the Kepler field has provided an estimate for the FPP of less than 5% for most of the candidates. We report here the results of our radial velocity observations on a sample of 46 Kepler candidates with a transit depth greater than 0.4%, orbital period less than 25 days and host star brighter than Kepler magnitude 14.7. We used the SOPHIE spectrograph mounted on the 1.93-m telescope at the Observatoire de Haute-Provence to establish the nature of the transiting candidates. In this sample, we found five undiluted eclipsing binaries, two brown dwarfs, six diluted eclipsing binaries, and nine new transiting planets that complement the 11 already published planets. The remaining 13 candidates were not followed-up or remain unsolved due to photon noise limitation or lack of observations. From these results we computed the FPP for Kepler close-in giant candidates to be 34.8% ± 6.5%. We aimed to investigate the variation of the FPP for giant candidates with the longer orbital periods and found that it should be constant for orbital periods between 10 and 200 days. This significantly disagrees with the previous estimates. We discuss the reasons for this discrepancy and the possible extension of this work toward smaller planet candidates. Finally, taking the false-positive rate into account, we refined the occurrence rate of hot Jupiters from the Kepler data.

Based on observations made with SOPHIE on the 1.93-m telescope at Observatoire de Haute-Provence (CNRS), France.Figures 7, 8, and Tables 2-19 are available in electronic form at http://www.aanda.org 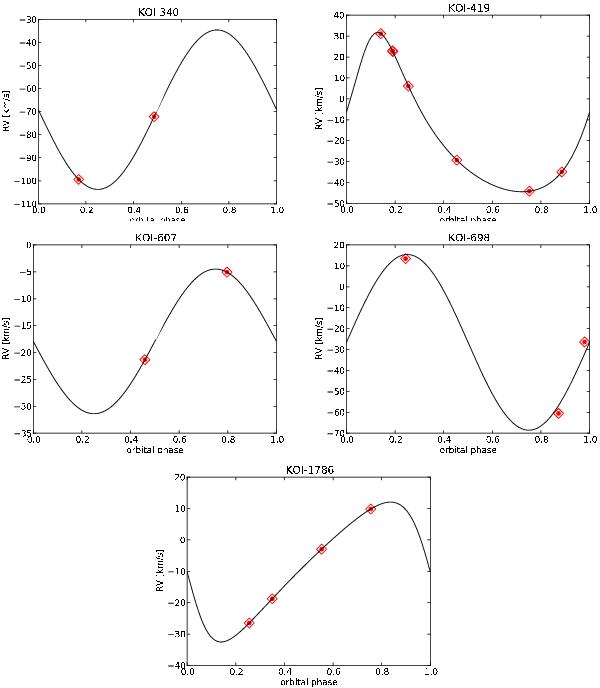