We present radial-velocity measurements obtained in one of a number of programs underway to search for extrasolar planets with the spectrograph SOPHIE at the 1.93-m telescope of the Haute-Provence Observatory. Targets were selected from catalogs observed with ELODIE, which had been mounted previously at the telescope, in order to detect long-period planets with an extended database close to 15 years. Two new Jupiter-analog candidates are reported to orbit the bright stars HD 150706 and HD 222155 in 16.1 yr and 10.9 yr at 6.7-1.4+4.0 AU and 5.1-0.7+0.6 AU, and to have minimum masses of 2.71-0.66+1.14 MJup and 1.90-0.53+0.67 MJup, respectively. Using the measurements from ELODIE and SOPHIE, we refine the parameters of the long-period planets HD 154345b and HD 89307b, and publish the first reliable orbit for HD 24040b. This last companion has a minimum mass of 4.01 ± 0.49 MJup orbiting its star in 10.0 yr at 4.92 ± 0.38 AU. Moreover, the data provide evidence of a third bound object in the HD 24040 system. With a surrounding dust debris disk, HD 150706 is an active G0 dwarf for which we partially corrected the effect of the stellar spot on the SOPHIE radial-velocities. In contrast, HD 222155 is an inactive G2V star. In the SOPHIE measurements, an instrumental effect could be characterized and partly corrected. On the basis of the previous findings of Lovis and collaborators and since no significant correlation between the radial-velocity variations and the activity index are found in the SOPHIE data, these variations are not expected to be only due to stellar magnetic cycles. Finally, we discuss the main properties of this new population of long-period Jupiter-mass planets, which for the moment consists of fewer than 20 candidates. These stars are preferential targets either for direct-imaging or astrometry follow-up surveys to constrain the system parameters and for higher-precision radial-velocity searches for lower mass planets, aiming to find a solar system twin. In the Appendix, we determine the relation that defines the radial-velocity offset between the ELODIE and SOPHIE spectrographs.

Based on observations made with the ELODIE and the SOPHIE spectrographs on the 1.93-m telescope at Observatoire de Haute-Provence (OHP, CNRS/OAMP), France (program 07A.PNP.CONS) and on spectral data retrieved from the ELODIE archive at OHP. Tables A.1-A.10 are only available at the CDS via anonymous ftp to cdsarc.u-strasbg.fr (130.79.128.5) or via http://cdsarc.u-strasbg.fr/viz-bin/qcat?J/A+A/545/A55 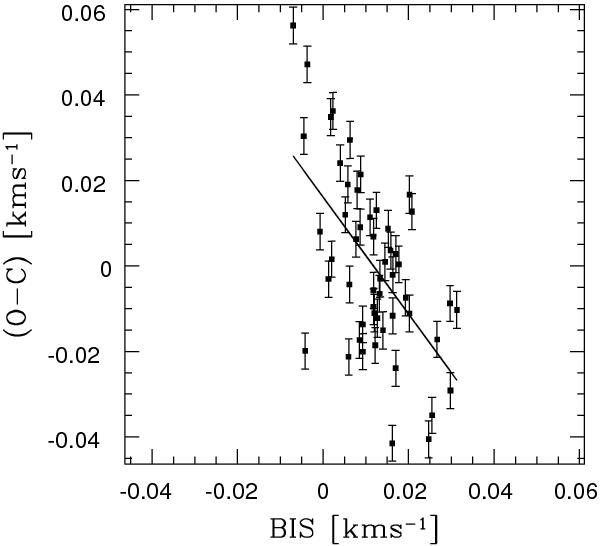