The observed lifetimes of gaseous protoplanetary discs place strong constraints on gas and ice giant formation in the core accretion scenario. The approximately 10-Earth-mass solid core responsible for the attraction of the gaseous envelope has to form before gas dissipation in the protoplanetary disc is completed within 1-10 million years. Building up the core by collisions between km-sized planetesimals fails to meet this timescale constraint, especially at wide stellar separations. Nonetheless, gas-giant planets are detected by direct imaging at wide orbital distances. In this paper, we numerically study the growth of cores by the accretion of cm-sized pebbles loosely coupled to the gas. We measure the accretion rate onto seed masses ranging from a large planetesimal to a fully grown 10-Earth-mass core and test different particle sizes. The numerical results are in good agreement with our analytic expressions, indicating the existence of two accretion regimes, one set by the azimuthal and radial particle drift for the lower seed masses and the other, for higher masses, by the velocity at the edge of the Hill sphere. In the former, the optimally accreted particle size increases with core mass, while in the latter the optimal size is centimeters, independent of core mass. We discuss the implications for rapid core growth of gas-giant and ice-giant cores. We conclude that pebble accretion can resolve the long-standing core accretion timescale conflict. This requires a near-unity dust-to-gas ratio in the midplane, particle growth to mm and cm and the formation of massive planetesimals or low radial pressure support. The core growth timescale is shortened by a factor 30-1000 at 5 AU and by a factor 100-10 000 at 50 AU, compared to the gravitationally focused accretion of, respectively, low-scale-height planetesimal fragments or standard km-sized planetesimals. 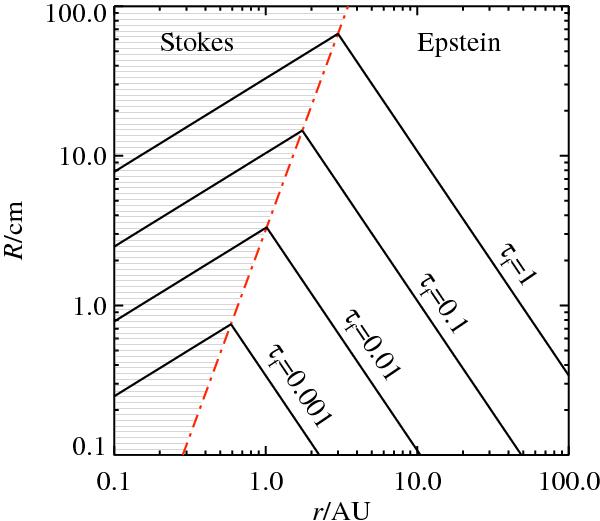