New members of the massive stellar population in Cygnus

Context. The Cygnus OB2 association and its surroundings display the richest collection of massive stars in our nearby Galactic environment and a wealth of signposts of the interaction between these stars and the interstellar gas.
Aims: We perform a magnitude-limited, homogeneous census of O and early B-type stars with accurate spectral classifications in the blue, in a 6° × 4° region centered on Cygnus OB2 that includes most of the Cygnus X complex, a sizeable fraction of the adjacent Cygnus OB9 association, and a large area of the field surrounding these complexes.
Methods: By using reddening-free indices based on BJHK magnitudes from the USNO-B and 2MASS catalogs, we are able to produce a highly complete, highly uncontaminated sample of O and early B stars, which nearly duplicates any previous census of the region for the same range of spectral types. We provide the spectral types of 60 new O and B stars, as well as a list of an additional 60 candidates pending spectroscopic confirmation. In addition, the UBV imaging of the surroundings of three apparently isolated O stars is used to investigate the possible presence of small clusters of young stars around them.
Results: Early-type stars are consistent with similar distances for Cygnus OB2, OB9, and the field stars surrounding them. We confirm previous findings of an older population in Cygnus OB2 spatially offset from where the stellar density of the association peaks. Some new remarkable objects are identified, including BD+40 4210, a B0 supergiant member of Cygnus OB2 that is among the brightest members of the association sharing some characteristics with luminous blue variable (LBV) candidates, located at a projected distance of 5 pc from another LBV candidate. A new O5If member of Cygnus OB9 is found, as well as several other O stars and B supergiants. On the other hand, while no obvious clustering is found around the apparently isolated O stars, the fields around two of them seem to contain objects with strong ultraviolet excesses, which perhaps indicates that they are accreting, although their nature and possible relationship to the O stars in the field are unclear.
Conclusions: Star formation in Cygnus has been taking place in a sustained manner for well over 10 Myr, with a large-scale trend of proceeding from lower to higher Galactic longitudes. Star formation inside Cygnus OB2 follows this trend, with indications of intense star formation activity having started in the southern (lower galactic latitude) part of the association about 10 Myr ago and probably continuing at present in the north.

Based on observations collected at the Centro Astronómico Hispano-Alemán (CAHA) at Calar Alto, operated jointly by the Max-Planck Institut für Astronomie and the Instituto de Astrofísica de Andalucía (CSIC); and with the IAC80 telescope operated on the island of Tenerife by the Instituto de Astrofísica de Canarias in the Spanish Observatorio del Teide.Tables 1-7 are available at http://www.aanda.orgTables 1-7 are also available at the CDS via anonymous ftp to cdsarc.u-strasbg.fr (130.79.128.5) or via http://cdsarc.u-strasbg.fr/viz-bin/qcat?J/A+A/543/A101 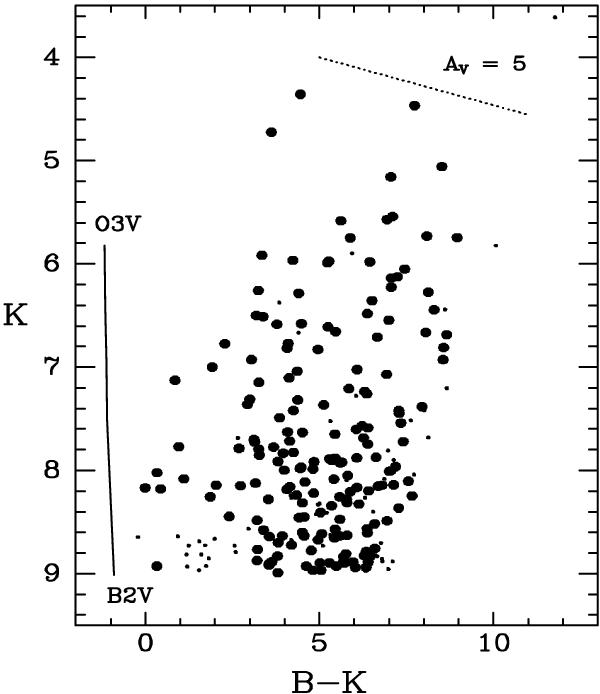