Context. Paper I presents the magnetic structure, inferred for the photosphere and the chromosphere, of a filament that developed in active region (AR) NOAA 10781, observed on 2005 July 3 and July 5.
Aims: In this paper we complement those results with the velocities retrieved from Doppler shifts measured at the chromosphere and the photosphere in the AR filament area.
Methods: The velocities and magnetic field parameters were inferred from full Stokes inversions of the photospheric Si I 10 827 Å line and the chromospheric He i 10 830 Å triplet. Various inversion methods with different numbers of atmospheric components and different weighting schemes of the Stokes profiles were used. The velocities were calibrated on an absolute scale.
Results: A ubiquitous chromospheric downflow is found in the faculae surrounding the filament, with an average velocity of 1.6 km s-1. The filament region, however, displays upflows in the photosphere on both days, when the linear polarization (which samples the transverse component of the fields) is given more weight in the inversions. The upflow speeds of the transverse fields in the filament region average -0.15 km s-1. In the chromosphere, the situation is different for the two days of observation. On July 3, the chromospheric portion of the filament is moving upward as a whole with a mean speed of -0.24 km s-1. However, on July 5 only the section above an orphan penumbra shows localized upflow patches, while the rest of the filament is dominated by the same downflows observed elsewhere in the facular region. Photospheric supersonic downflows that last for tens of minutes are detected below the filament, close to the PIL.
Conclusions: The observed velocity pattern in this AR filament strongly suggests a scenario where the transverse fields are mostly dominated by upflows. The filament flux rope is seen to be emerging at all places and both heights, with a few exceptions in the chromosphere. This happens within a surrounding facular region that displays a generalized downflow in the chromosphere and localized downflows of supersonic character at the photosphere. No large scale downflow of transverse field lines is observed at the photosphere.

Appendices A and B are available in electronic form at http://www.aanda.org 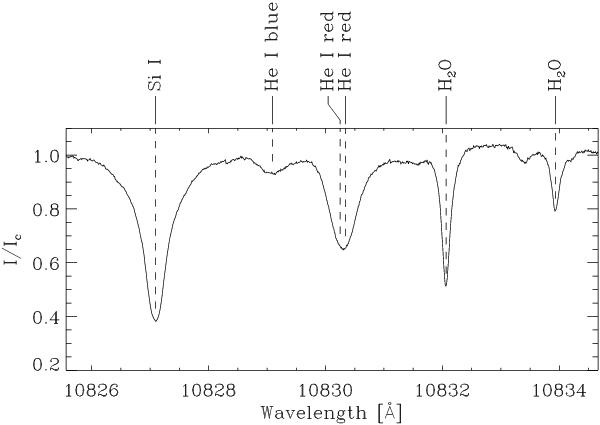