Context. NGC 3147 is so far the most convincing case of a "true" Seyfert 2 galaxy, i.e. a source genuinely lacking the broad line regions.
Aims: We obtained a Suzaku observation with the double aim to study in more detail the iron line complex, and to check the Compton-thick hypothesis for the lack of observed optical broad lines.
Methods: The Suzaku XIS and HXD/PIN spectra of the source were analysed in detail.
Results: The line complex is composed of at least two unresolved lines, one at about 6.45 keV and the other one at about 7 keV, most likely identified with Fe XVII/XIX, the former, and Fe XXVI, the latter. The high-ionization line can originate either in a photoionized matter or in an optically thin thermal plasma. In the latter case, an unusually high temperature is implied. In the photoionized model case, the large equivalent width can be explained either by an extreme iron overabundance or by assuming that the source is Compton-thick. In the Compton-thick hypothesis, however, the emission above 2 keV is mostly due to a highly ionized reflector, contrary to what is usually found in Compton-thick Seyfert 2s, where reflection from low ionized matter dominates. Moreover, the source flux varied between the XMM-Newton and the Suzaku observations, taken 3.5 years apart, confirming previous findings and indicating that the size of the emitting region must be smaller than a parsec. The hard X-ray spectrum is also inconclusive on the Compton-thick hypothesis. Weighting the various arguments, a "true" Seyfert 2 nature of NGC 3147 seems to be still the most likely explanation, even if the "highly ionized reflector" Compton-thick hypothesis cannot at present be formally rejected. 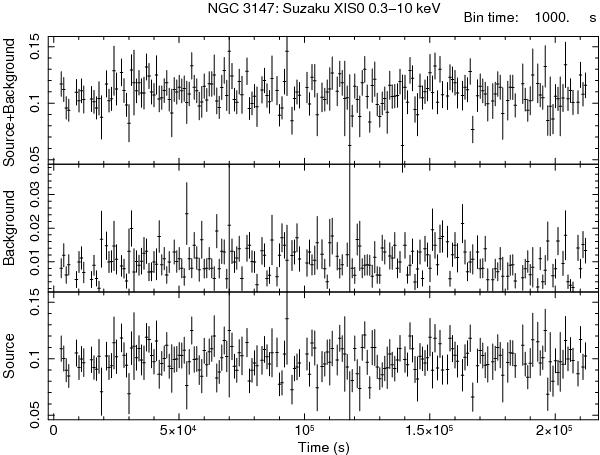