Context. Circumstellar disks are expected to evolve quickly in massive young clusters harboring many OB-type stars. Two processes have been proposed to drive the disk evolution in such cruel environments: (1) gravitational interaction between circumstellar disks and nearby passing stars (stellar encounters); and (2) photoevaporation by UV photons from massive stars. The relative importance of both mechanisms is not well understood. Studies of massive young star clusters can provide observational constraints on the processes of driving disk evolution.
Aims: We investigate the properties of young stars and their disks in the NGC 6357 complex, concentrating on the most massive star cluster within the complex: Pismis 24.
Methods: We use infrared data from the 2MASS and Spitzer GLIMPSE surveys, complemented with our own deep Spitzer imaging of the central regions of Pismis 24, in combination with X-ray data to search for young stellar objects (YSOs) in NGC 6357 complex. The infrared data constrain the disk presence and are complemented by optical photometric and spectroscopic observations, obtained with VLT/VIMOS, that constrain the properties of the central stars. For those stars with reliable spectral types we combine spectra and photometry to estimate the mass and age. For cluster members without reliable spectral types we obtain the mass and age probability distributions from R and I-band photometry, assuming these stars have the same extinction distribution as those in the "spectroscopic" sample. We compare the disk properties in the Pismis 24 cluster with those in other clusters/star-forming regions employing infrared color-color diagrams.
Results: We discover two new young clusters in the NGC 6357 complex. We give a revised distance estimate for Pismis 24 of 1.7 ± 0.2 kpc. We find that the massive star Pis 24-18 is a binary system, with the secondary being the main X-ray source of the pair. We provide photometry in 9 bands between 0.55 and 9 μm for the members of the Pismis 24 cluster. We derive the cluster mass function and find that up to the completeness limit at low masses it agrees well with the initial mass function of the Trapezium cluster. We derive a median age of 1 Myr for the Pismis 24 cluster members. We find five proplyds in HST archival imaging of the cluster, four of which are newly found. In all cases the proplyd tails are pointing directly away from the massive star system Pis 24-1. One proplyd shows a second tail, pointing away from Pis 24-2, suggesting this object is being photoevaporated from two directions simultaneously. We find that the global disk frequency (~30%) in Pismis 24 is much lower than some other clusters of similar age, such as the Orion Nebula Cluster. When comparing the disk frequencies in 19 clusters/star-forming regions of various ages and different (massive) star content, we find that the disks in clusters harboring extremely massive stars (typically earlier than O5), like Pismis 24, are dissipated roughly twice as quickly as in clusters/star-forming regions without extremely massive stars. Within Pismis 24, we find that the disk frequency within a projected distance of 0.6 pc from Pis 24-1 is substantially lower than at larger radii (~19% vs. ~37%). We argue for a combination of photoevaporation and irradiation with ionizing UV photons from nearby massive stars, causing increased MRI-induced turbulence and associated accretion activity, to play an important role in the dissipation of low-mass star disks in Pismis 24. 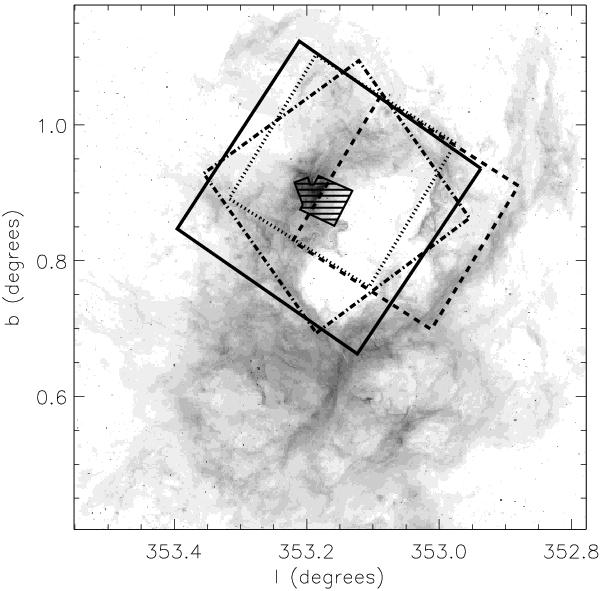