We report the discovery by the CoRoT space mission of a new giant planet, CoRoT-20b. The planet has a mass of 4.24 ± 0.23 MJup and a radius of 0.84 ± 0.04 RJup. With a mean density of 8.87 ± 1.10 g cm-3, it is among the most compact planets known so far. Evolutionary models for the planet suggest a mass of heavy elements of the order of 800 M⊕ if embedded in a central core, requiring a revision either of the planet formation models or both planet evolution and structure models. We note however that smaller amounts of heavy elements are expected by more realistic models in which they are mixed throughout the envelope. The planet orbits a G-type star with an orbital period of 9.24 days and an eccentricity of 0.56.The star's projected rotational velocity is vsini = 4.5 ± 1.0 km s-1, corresponding to a spin period of 11.5 ± 3.1 days if its axis of rotation is perpendicular to the orbital plane. In the framework of Darwinian theories and neglecting stellar magnetic breaking, we calculate the tidal evolution of the system and show that CoRoT-20b is presently one of the very few Darwin-stable planets that is evolving toward a triple synchronous state with equality of the orbital, planetary and stellar spin periods.

The CoRoT space mission, launched on December 27th 2006, has been developed and is operated by CNES, with the contribution of Austria, Belgium, Brazil, ESA (RSSD and Science Programme), Germany, and Spain. 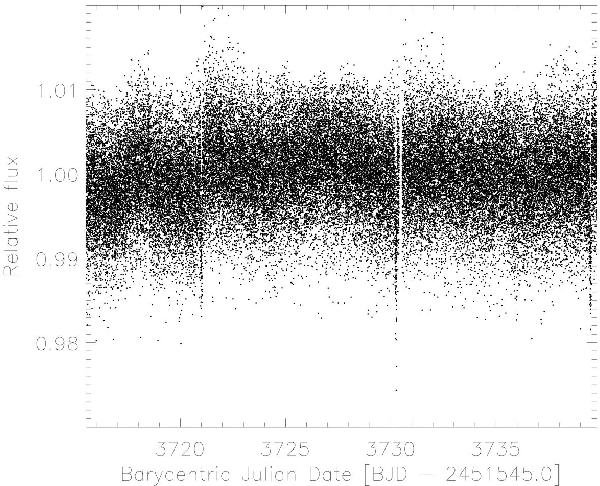