Aims: We search for extreme-ultraviolet (EUV) brightenings in TRACE 171 Å images and hard X-ray (HXR) bursts observed during failed eruptions. We expect that if an eruption is confined by interaction with overlaying magnetic structures, we should observe effects caused by reconnection between magnetic structures and acceleration of particles.
Methods: We used TRACE observations of three well-observed failed eruptions. A semi-automated method was used to search for abrupt brightness changes in the TRACE field of view. The EUV images were compared to the HXR spatial distribution reconstructed from YOHKOH/HXT and RHESSI data. The EUV light curves of a selected area were compared to height profiles of eruption, HXR emission, and the HXR photon spectral index of a power-law fit to the HXR data.
Results: We have found that EUV brightenings are closely relatedto the eruption velocity decrease, to HXR bursts, and to episodes of hardening of the HXR spectra. The EUV-brightened areas are observed far from the flaring structure, in footpoints of large systems of loops observed 30-60 min after the maximum of a flare. These are not "post-flare" loops, which are also observed, but at significantly lower heights. The high-lying systems of loops are observed at heights equal to the height at which the eruption was observed to stop. We observed only one HXR source that was spatially correlated with EUV brightening. For other EUV-brightened areas we estimated the expected brightness of HXR sources.
Conclusions: We find that EUV brightenings are produced by interaction between the erupting structure with overlaying loops. The interaction is strong enough to heat the system of high loops. These loops cool and are visible in the EUV range about 30-60 min later. The estimated brightness of HXR sources associated with EUV brightenings shows that they are too weak to be detected with present instruments. However, next-generation instruments will have sufficient dynamic range and sensitivity to enable such observations.

Movies are available in electronic form at http://www.aanda.org 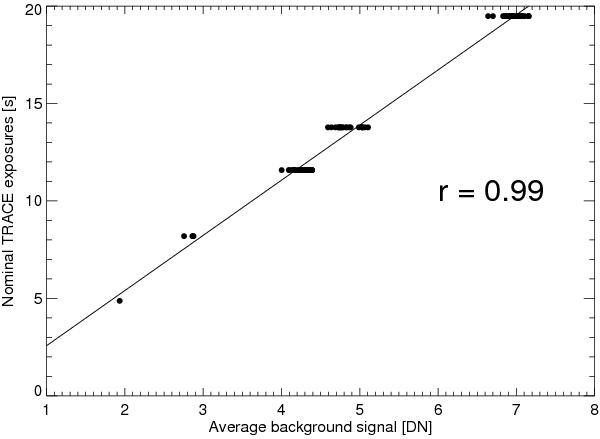