Light echo of V838 Monocerotis: properties of the echoing medium

Context. The light echo phenomenon that accompanied the 2002 eruption of V838 Mon allows one to study the properties of the diffuse dusty matter in the vicinity of the object.
Aims: We are aiming at obtaining estimates of the optical thickness of the circumstellar matter in front of V838 Mon, as well as optical properties of dust grains in the echoing medium. In particular, we are interested in studying whether the echoing medium can be responsible for the observed faintness of the B-type companion of V838 Mon when compared to three B-type stars that are seen in the vicinty of V838 Mon and are believed to be at the same distance as V838 Mon.
Methods: We used the V838 Mon light echo images obtained by the Hubble Space Telescope (HST) in different filters and epochs. From the images we derived the total brightness of the echo and its surface brightness. The results of the measurements were compared to model light echoes.
Results: The present study allowed us to estimate the optical thickness of the matter in front of the object and the mean cosine value of the scattering angle of dust grains in three HST filters.
Conclusions: The optical thickness of the echoing matter is not sufficient to explain the observed difference in brightness between the B-type companion of V838 Mon and the other three B-type stars observed in the vicinity of V838 Mon. Implications of this result are discussed. Our estimate of the mass of the diffuse matter seen in the light echo shows that the matter cannot have resulted from a past mass loss activity of V838 Mon. We probably observe remnants of an interstellar cloud from which V838 Mon and other members of the observed cluster were formed.

Based on observations made with the NASA/ESA Hubble Space Telescope, obtained from the data archive at the Space Telescope Science Institute. STScI is operated by the Association of Universities for Research in Astronomy, Inc. under NASA contract NAS 5-26555. 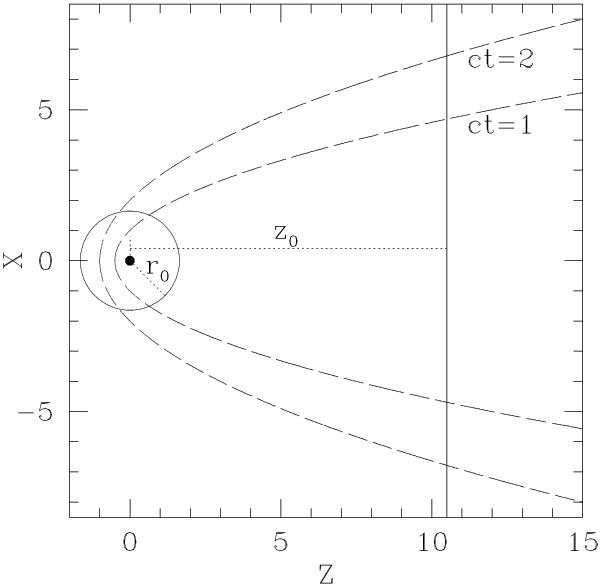