Context. To understand the feedback of black holes on their environment or the acceleration of ultra-high energy cosmic rays in the present cosmic epoch, a comprehensive inventory of radio galaxies in the local universe is needed. This requires an all-sky catalog of radio-emitting galaxies, that hitherto has not been available.
Aims: We present such an all-sky sample. Our catalog allows one to build volume-limited subsamples containing all low-power radio galaxies, similar to the prototypical low-power radio galaxies Cen A or M 87, within some hundred Mpc.
Methods: We match radio emission from the NVSS and SUMSS surveys to galaxies of the 2MASS redshift survey (2MRS) using an image-level algorithm that properly treats the extended structure of radio sources.
Results: The bright master sample we present contains 575 radio-emitting galaxies with a flux greater than 213 mJy at 1.4 GHz. Over 30% of the galaxies in our catalog are not contained in existing large-area extra-galactic radio samples. We compute the optical and radio luminosity functions and the fraction of radio galaxies as a function of galaxy luminosity. 94% of the radio galaxies within z = 0.03 are of Hubble type E/S0. The local galaxy density in a sphere of 2 Mpc centered on the radio galaxies is 1.7 times higher than around non-radio galaxies of the same luminosity and morphology, which is a statistically significant enhancement (>3σ).
Conclusions: Our sample presents the deepest all-sky catalog of low-power radio galaxies. The observed enhancement of the galaxy density around radio galaxies suggests a causal relation between external galaxy properties, such as environment or merger history, and the formation of powerful jets in the present universe. Since the enhancement is observed with respect to galaxies of the same luminosity and Hubble type, it is not primarily driven by black hole mass. Our automated matching procedure is found to select radio-emitting galaxies with high efficiency (99%) and purity (91%), which is key for future processing of deeper, larger samples.

The master catalog (described in Table 1) and the catalog listing all radio matches per galaxy are only available at the CDS via anonymous ftp to cdsarc.u-strasbg.fr (130.79.128.5) or via http://cdsarc.u-strasbg.fr/viz-bin/qcat?J/A+A/544/A18 or at http://ragolu.science.ru.nl 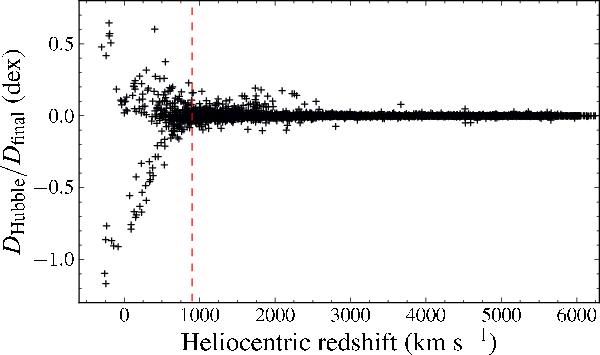