It was recently shown that in cosmology the gravitational action of faraway matter has quite relevant effects, if retardation of the forces and discreteness of matter (with its spatial correlation) are taken into account. Indeed, far matter was found to exert, on a test particle, a force per unit mass of the order of 0.2 cH0 . It is shown here that such a force can account for the observed rotational velocity curves in spiral galaxies, if the force is assumed to be decorrelated beyond a sufficiently large distance, of the order of 1 kpc. In particular we fit the rotation curves of the galaxies NGC 3198, NGC 2403, UGC 2885 and NGC 4725 without any need of introducing dark matter at all. Two cases of galaxies presenting faster than keplerian decay are also considered. 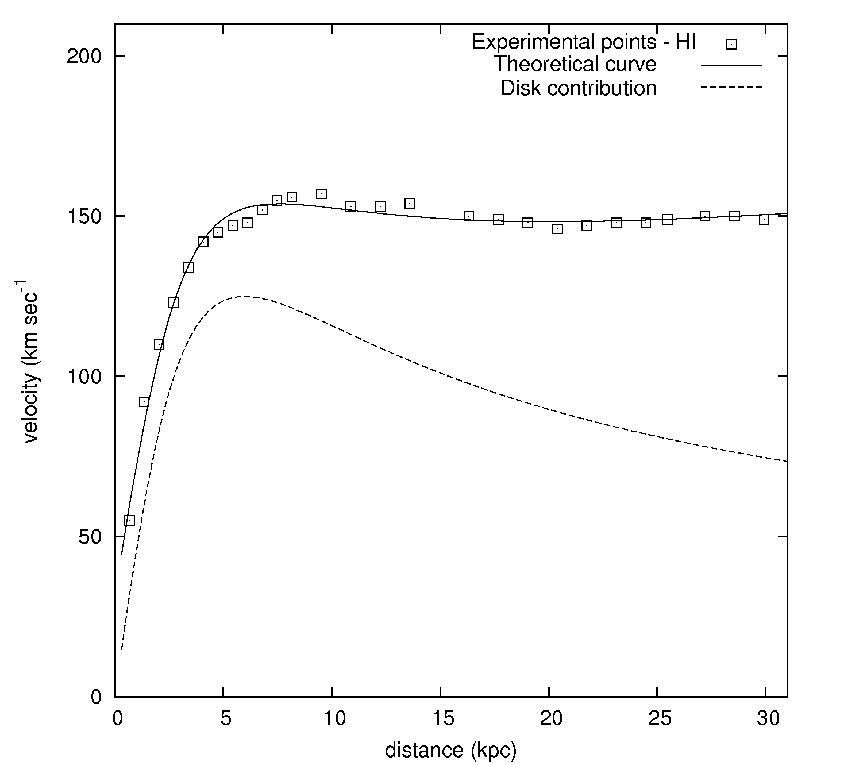