In this thesis, models have been developed to study the radiation emission processes from the knots of AGN jets as well as for blazar jets. A continuous injection plasma model is developed to study the X-ray emission from the knots of sources 1136-135, 1150+497, 1354+195 and 3C 371. The knot dynamics is then studied within the framework of internal shock model. In such a scenario, knots are formed due to the collision of two successive matter blobs emitted sporadically from the central engine of AGN. Shocks, generated in such collisions, accelerate electrons to relativistic energies. These electrons subsequently emit radiation via synchrotron and/or inverse Compton processes in the radio-to-X-ray energy range. The study of M87 knots involves a two zone model where the electrons with a power-law distribution are further accelerated. The synchrotron emission from these energetic electrons is then used to explain the observed spectrum. The limb-brightening feature observed in the radio maps of the BL Lac object MKN501 is studied considering shear acceleration of electrons at the boundary of the jet. This interpretation does not require a large viewing angle of the jet as demanded by the earlier models and is consistent with the constraints obtained from very high energy studies. In case of MKN421, the dependence of temporal behaviour of radiation emission on the particle acceleration mechanism has been studied within the framework of two zone model. 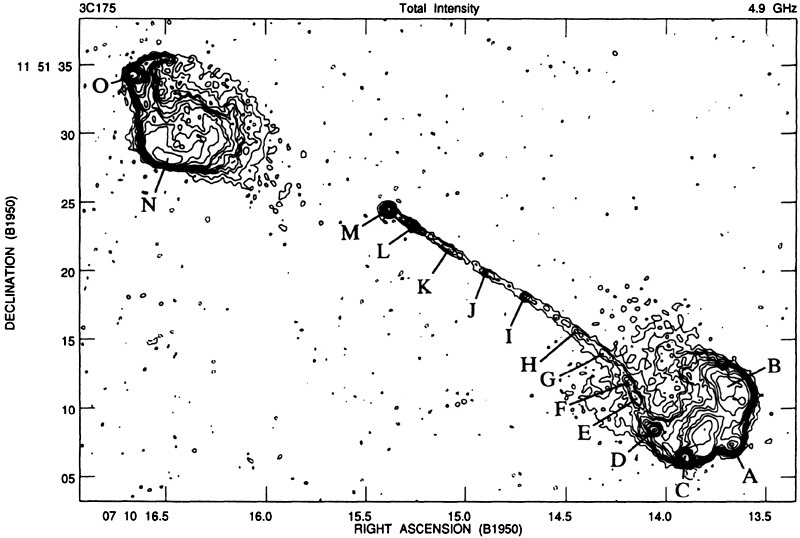