It is well known that string theories naturally compactify on anti-de Sitter spaces, and yet cosmological observations show no evidence of a negative cosmological constant in the early Universe's evolution. In this letter we present two simple nonlocal modifications of the standard Friedmann cosmology that can lead to observationally viable cosmologies with an initial (negative) cosmological constant. The nonlocal operators we include are toy models for the quantum cosmological backreaction. In Model I an initial quasiperiodic oscillatory epoch is followed by inflation and a late time matter era, representing a dark matter candidate. The backreaction in Model II quickly compensates the negative cosmological term such that the Ricci curvature scalar rapidly approaches zero, and the Universe ends up in a late time radiation era. 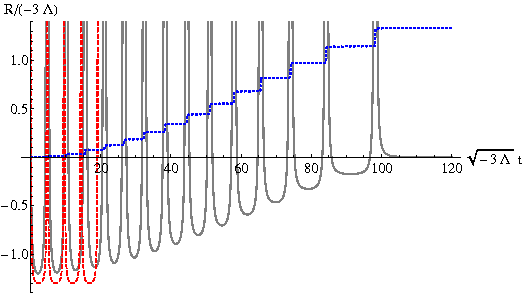