Protosolar Irradiation in the Early Solar System: Clues from Lithium and Boron Isotopes

We report Li and B isotopic compositions of 10 Spinel-HIBonite spherules (SHIBs) separated from the Murchison meteorite, in order to understand their irradiation history in the early Solar System. The extremely low Be concentrations in SHIBs preclude detection of extinct 10Be, but instead allow for a search of the original Li and B isotopic ratios of the grains, as these isotopes are sensitive indicators for irradiation. We found that some of the SHIBs carried sub-chondritic 7Li/6Li and supra-chondritic 10B/11B ratios. Considering two possible irradiation scenarios that could have occurred in the early Solar System, irradiation of hibonite solids followed by addition of isotopically normal Li and B seems to be the most plausible explanation for the observed Li and B isotope ratios. 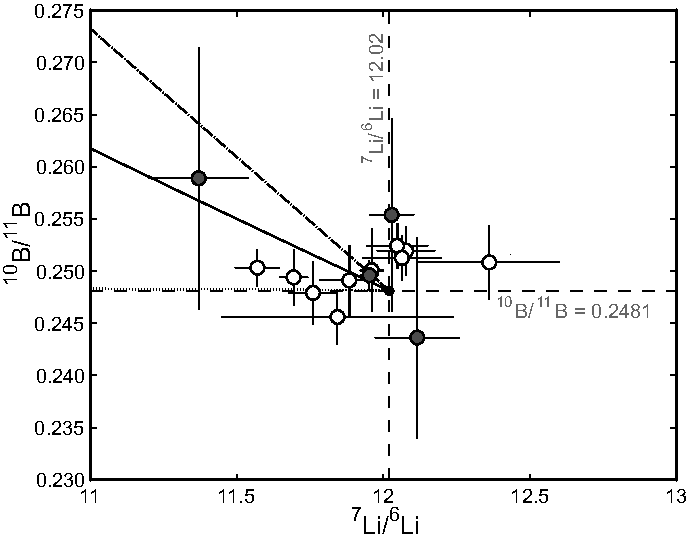