The Ultraviolet Upturn in Elliptical Galaxies and Environmental Effects

It is suspected that the ultraviolet (UV) upturn phenomenon in elliptical galaxies and extended horizontal-branch stars in globular clusters have a common origin. An extremely high abundance of helium (Y ~ 0.4) allows for a working hypothesis, but its origin is unclear. Peng & Nagai proposed that primordial helium sedimentation in dark halos over cosmic timescales may lead to extreme helium abundances in galaxy cluster centers. In this scenario, UV upturn should be restricted to brightest cluster galaxies (BCGs) only. This is a clear and testable prediction. We present tests of this hypothesis using galaxy clusters from Yoon et al. that were detected by both the Sloan Digital Sky Survey and the Galaxy Evolution Explorer Medium Imaging Survey. Using a new UV classification scheme based on far-UV, near-UV, and optical photometry we found that only 5% of cluster elliptical galaxies show a UV upturn, while 27% and 68% are classified as "recent star formation" and "UV-weak" ellipticals, respectively. The data reveal a modest positive dependence of the UV upturn fraction on galaxy velocity dispersion, which is in agreement with the earlier findings of Burstein et al. and possibly with the helium sedimentation theory. However, we do not see any dependency on rank or luminosity of galaxies. Besides, BCGs do not show any marked difference in UV upturn fraction or strength, which is inconsistent with the prediction. We conclude that the aforementioned helium sedimentation theory and its inferred environmental effects are not supported by the available data. 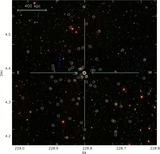