The atmospheric parameters of the components of the 16 Cygni binary system, in which the secondary has a gas giant planet detected, are measured accurately using high-quality observational data. Abundances relative to solar are obtained for 25 elements with a mean error of σ([X/H]) = 0.023 dex. The fact that 16 Cyg A has about four times more lithium than 16 Cyg B is normal considering the slightly different masses of the stars. The abundance patterns of 16 Cyg A and B, relative to iron, are typical of that observed in most of the so-called solar twin stars, with the exception of the heavy elements (Z > 30), which can, however, be explained by Galactic chemical evolution. Differential (A-B) abundances are measured with even higher precision (σ(∆[X/H]) = 0.018 dex, on average). We find that 16 Cyg A is more metal-rich than 16 Cyg B by ∆[M/H] = +0.041 ± 0.007 dex. On an element-to-element basis, no correlation between the A-B abundance differences and dust condensation temperature (T C) is detected. Based on these results, we conclude that if the process of planet formation around 16 Cyg B is responsible for the observed abundance pattern, the formation of gas giants produces a constant downward shift in the photospheric abundance of metals, without a T C correlation. The latter would be produced by the formation of terrestrial planets instead, as suggested by other recent works on precise elemental abundances. Nevertheless, a scenario consistent with these observations requires the convective envelopes of ~= 1 M sun stars to reach their present-day sizes about three times quicker than predicted by standard stellar evolution models. 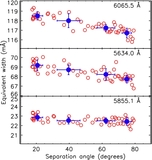