We present a measurement of the age distribution of stars residing in spiral disks and dwarf galaxies. We derive a complete star formation history of the ~140 Mpc3 covered by the volume-limited sample of galaxies in the Advanced Camera for Surveys (ACS) Nearby Galaxy Survey Treasury (ANGST). The total star formation rate density history (ρSFR(t)) is dominated by the large spirals in the volume, although the sample consists mainly of dwarf galaxies. Our ρSFR(t) shows a factor of ~3 drop at z ~ 2, in approximate agreement with results from other measurement techniques. While our results show that the overall ρSFR(t) has decreased since z ~ 1, the measured rates during this epoch are higher than those obtained from other measurement techniques. This enhanced recent star formation rate appears to be largely due to an increase in the fraction of star formation contained in low-mass disks at recent times. Finally, our results indicate that despite the differences at recent times, the epoch of formation of ~50% of the stellar mass in dwarf galaxies was similar to that of ~50% of the stellar mass in large spiral galaxies (z >~ 2), despite the observed galaxy-to-galaxy diversity among the dwarfs. 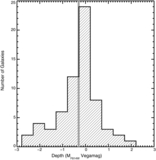