SN 2007it is a bright, Type IIP supernova which shows indications of both pre-existing and newly formed dust. The visible photometry shows a bright late-time luminosity, powered by the 0.09 M sun of 56Ni present in the ejecta. There is also a sudden drop in optical brightness after day 339, and a corresponding brightening in the IR due to new dust forming in the ejecta. CO and SiO emission, generally thought to be precursors to dust formation, may have been detected in the mid-IR photometry of SN 2007it. The optical spectra show stronger than average [O I] emission lines and weaker than average [Ca II] lines, which may indicate a 16-27 M sun progenitor, on the higher end of expected Type IIP masses. Multi-component [O I] lines are also seen in the optical spectra, most likely caused by an asymmetric blob or a torus of oxygen core material being ejected during the SN explosion. Interaction with circumstellar material prior to day 540 may have created a cool dense shell between the forward and reverse shocks where new dust is condensing. At late times there is also a flattening of the visible light curve as the ejecta luminosity fades and a surrounding light echo becomes visible. Radiative transfer models of SN 2007it spectral energy distributions indicate that up to 10-4 M sun of new dust has formed in the ejecta, which is consistent with the amount of dust formed in other core-collapse supernovae. 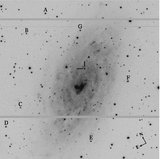