Spectroscopy of very low mass stars and brown dwarfs in the Lambda Orionis star forming region. I. Enlarging the census down to the planetary mass domain in Collinder 69

Context. Whilst there is a generally accepted evolutionary scheme for the formation of low-mass stars, the analogous processes when moving down in mass to the brown dwarf regime are not yet well understood.
Aims: In this first paper, we try to compile the most complete and unbiased spectroscopically confirmed census of the population of Collinder 69, the central cluster of the Lambda Orionis star forming region, as a first step in addressing the question of how brown dwarfs and planetary mass objects form.
Methods: We study age dependent features in optical and near-infrared spectra of candidate members to the cluster (such as alkali lines and accretion-associated indicators). In addition, we complement that study with the analysis of other youth indicators, such as X-ray emission or mid-infrared excess.
Results: We confirm the membership to Collinder 69 of ~90 photometric candidate members. As a byproduct, we determine a temperature scale for young M, very low-mass stars, and brown dwarfs. We assemble one of the most complete initial mass functions from 0.016 to 20 M⊙. Finally, we study the implications of the spatial distribution of the confirmed members for the proposed mechanisms of brown dwarf formation. 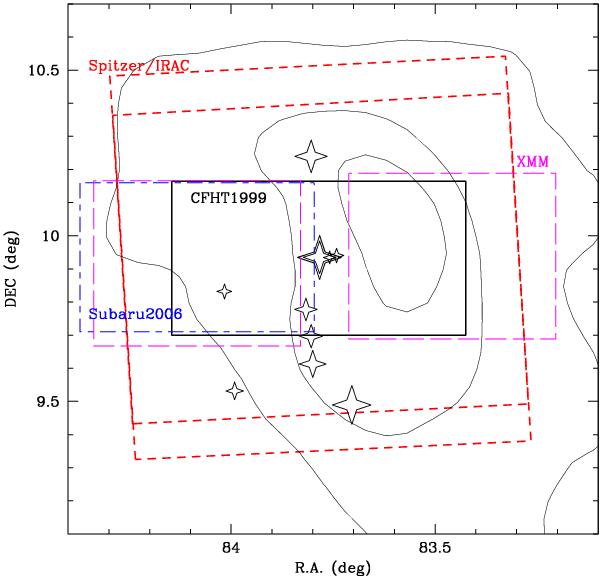