Recent R-matrix scattering calculations for electron impact excitation of Fe xvii are benchmarked against various X-ray solar observations. Quiescent active region observations are considered, together with a few SMM/FCS observations of active regions and flares analysed here. Extremely good agreement (within 10%) between expected and measured line intensities is found, with the exception of a few weaker lines that appear to be blended, and without the need to invoke opacity effects in the stronger line. The long-standing discrepancies that have been present when distorted wave (DW) calculations are adopted are now finally resolved. As was shown in the Fe xviii case, the differences with the DW calculations are caused by resonances that significantly increase the collision strengths of the 2p-3s transitions. The strong Fe xvii lines can now be reliably used to measure electron temperatures in the solar corona and other astrophysical sources. Emission measure modelling with the most recent atomic data of quiescent active region cores indicates O/Fe and Ne/Fe abundances reduced by factors of two to four compared to the latest compilation of "photospheric" abundances. 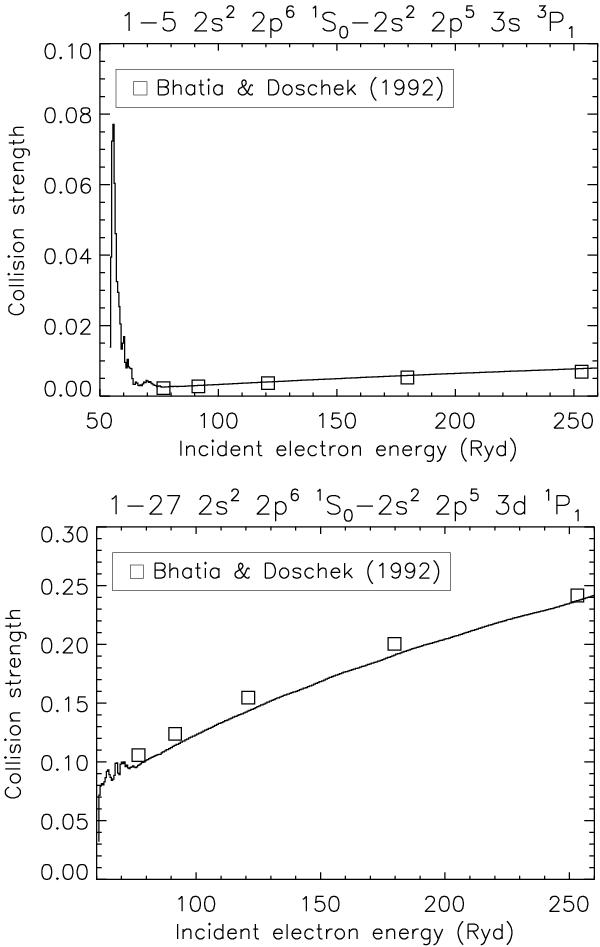