The extreme, intra-hour and >10% rms flux density scintillation observed in AGNs such as PKS 0405-385, J1819+3845 and PKS 1257-326 at cm wavelengths has been attributed to scattering in highly turbulent, nearby regions in the interstellar medium. Such behavior has been found to be rare. We searched for rapid scintillators among 128 flat spectrum AGNs and analyzed their properties to determine the origin of such rapid and large amplitude radio scintillation. The sources were observed at the VLA at 4.9 and 8.4 GHz simultaneously at two hour intervals over 11 days. We detected six rapid scintillators with characteristic time-scales of <2 h, none of which have rms variations >10%. We found strong lines of evidence linking rapid scintillation to the presence of nearby scattering regions, estimated to be <12 pc away for ~200 μas sources and <250 pc away for ~10 μas sources. We attribute the scarcity of rapid and large amplitude scintillators to the requirement of additional constraints, including large source compact fractions. J1819+3845 was found to display ~2% rms variations at ~6 h time-scales superposed on longer >11 day variations, suggesting that the highly turbulent cloud responsible for its extreme scintillation has moved away, with its scintillation now caused by a more distant screen ≈50 to 150 pc away. 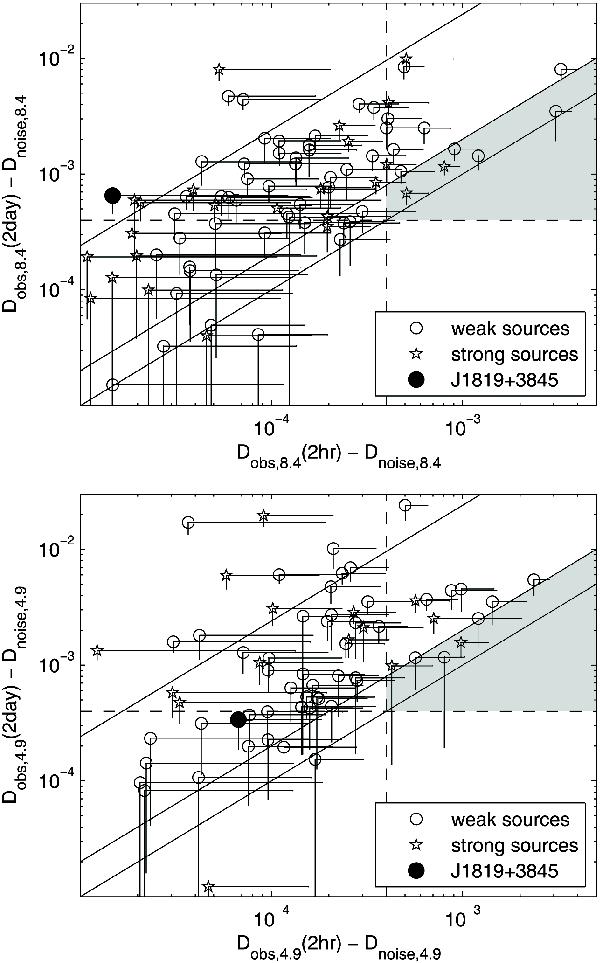