Based on high-resolution (R ≈ 42 000 to 48 000) and high signal-to-noise (S/N ≈ 50 to 150) spectra obtained with UVES/VLT, we present detailed elemental abundances (O, Na, Mg, Al, Si, Ca, Ti, Cr, Fe, Ni, Zn, Y, and Ba) and stellar ages for 12 new microlensed dwarf and subgiant stars in the Galactic bulge. Including previous microlensing events, the sample of homogeneously analysed bulge dwarfs has now grown to 26. The analysis is based on equivalent width measurements and standard 1-D LTE MARCS model stellar atmospheres. We also present NLTE Li abundances based on line synthesis of the 7Li line at 670.8 nm. The results from the 26 microlensed dwarf and subgiant stars show that the bulge metallicity distribution (MDF) is double-peaked; one peak at [Fe/H] ≈ -0.6 and one at [Fe/H] ≈ + 0.3, and with a dearth of stars around solar metallicity. This is in contrast to the MDF derived from red giants in Baade's window, which peaks at this exact value. A simple significance test shows that it is extremely unlikely to have such a gap in the microlensed dwarf star MDF if the dwarf stars are drawn from the giant star MDF. To resolve this issue we discuss several possibilities, but we can not settle on a conclusive solution for the observed differences. We further find that the metal-poor bulge dwarf stars arepredominantly old with ages greater than 10 Gyr, while the metal-rich bulge dwarf stars show a wide range of ages. The metal-poor bulge sample is very similar to the Galactic thick disk in terms of average metallicity, elemental abundance trends, and stellar ages. Speculatively, the metal-rich bulge population might be the manifestation of the inner thin disk. If so, the two bulge populations could support the recent findings, based on kinematics, that there are no signatures of a classical bulge and that the Milky Way is a pure-disk galaxy. Also, recent claims of a flat IMF in the bulge based on the MDF of giant stars may have to be revised based on the MDF and abundance trends probed by our microlensed dwarf stars.

Based on observations made with the European Southern Observatory telescopes (84.B-0837, 85.B-0399, and 86.B-0757). This paper also includes data gathered with the 6.5 m Magellan Telescopes located at the Las Campanas Observatory, Chile, and data obtained at the W. M. Keck Observatory, which is operated as a scientific partnership among the California Institute of Technology, the University of California and the National Aeronautics and Space Administration.Tables 4 and 5 are available at the CDS via anonymous ftp to cdsarc.u-strasbg.fr (130.79.128.5) or via http://cdsarc.u-strasbg.fr/viz-bin/qcat?J/A+A/533/A134 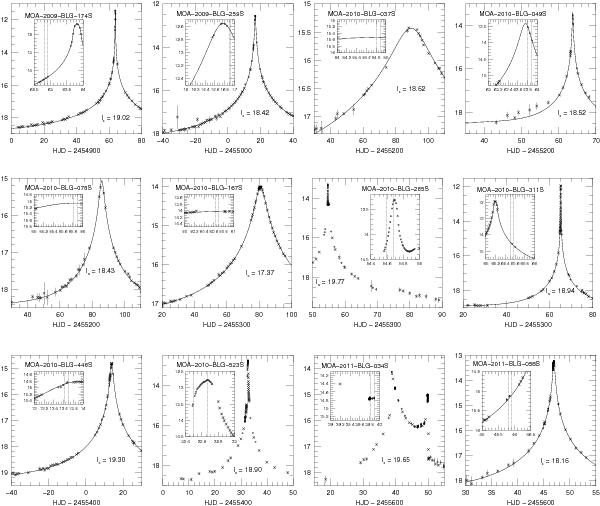