Context. The origin of solar transition region redshifts is not completely understood. Current research is addressing this issue by investigating three-dimensional magneto-hydrodynamic models that extend from the photosphere to the corona.
Aims: By studying the average properties of emission line profiles synthesized from the simulation runs and comparing them to observations with present-day instrumentation, we investigate the origin of mass flows in the solar transition region and corona.
Methods: Doppler shifts were determined from the emission line profiles of various extreme-ultraviolet emission lines formed in the range of T = 104-106 K. Plasma velocities and mass flows were investigated for their contribution to the observed Doppler shifts in the model. In particular, the temporal evolution of plasma flows along the magnetic field lines was analyzed.
Results: Comparing observed vs. modeled Doppler shifts shows a good correlation in the temperature range log (T/[K]) = 4.5-5.7, which is the basis of our search for the origin of the line shifts. The vertical velocity obtained when weighting the velocity by the density squared is shown to be almost identical to the corresponding Doppler shift. Therefore, a direct comparison between Doppler shifts and the model parameters is allowed. A simple interpretation of Doppler shifts in terms of mass flux leads to overestimating the mass flux. Upflows in the model appear in the form of cool pockets of gas that heat up slowly as they rise. Their low temperature means that these pockets are not observed as blueshifts in the transition region and coronal lines. For a set of magnetic field lines, two different flow phases could be identified. The coronal part of the field line is intermittently connected to subjacent layers of either strong or weak heating, leading either to mass flows into the loop (observed as a blueshift) or to the draining of the loop (observed as a redshift). 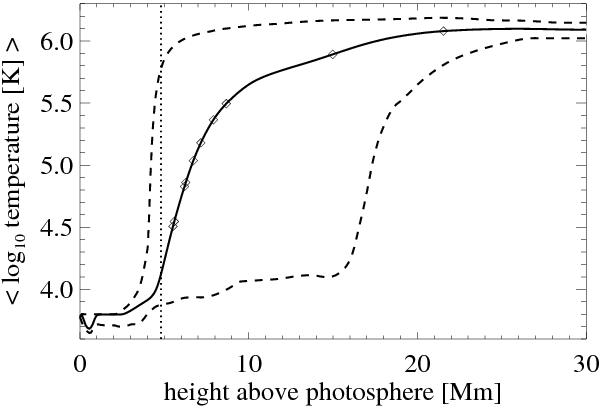