Context. Rotational mixing in massive stars is a widely applied concept, with far-reaching consequences for stellar evolution, nucleosynthesis, and stellar explosions.
Aims: Nitrogen surface abundances for a large and homogeneous sample of massive B-type stars in the Large Magellanic Cloud (LMC) have recently been obtained by the ESO VLT-FLAMES Survey of Massive Stars. This sample is the first to cover a broad range of projected stellar rotational velocities, with a large enough sample of high quality data to allow for a statistically significant analysis. Here we use the sample to provide the first rigorous and quantitative test of the theory of rotational mixing in massive stars.
Methods: We calculated a grid of stellar evolution models, using the VLT-FLAMES sample to calibrate some of the uncertain mixing processes. We developed a new population-synthesis code, which uses this grid to simulate a large population of stars with masses, ages, and rotational velocity distributions consistent with those from the VLT-FLAMES sample. The synthesized population is then filtered by the selection effects in the observed sample, to enable a direct comparison between the empirical results and theoretical predictions.
Results: Our simulations reproduce the fraction of stars without significant nitrogen enrichment. However, the predicted number of rapid rotators with enhanced nitrogen is about twice as large as found observationally. Furthermore, two groups of stars (one consisting of slowly rotating, nitrogen-enriched objects and another consisting of rapidly rotating un-enriched objects) cannot be reproduced by our single-star population synthesis.
Conclusions: Physical processes in addition to rotational mixing appear to be required to understand the population of massive main-sequence stars from the VLT-FLAMES sample. We discuss the possible role of binary stars and magnetic fields in the interpretation of our results. We find that the population of slowly rotating nitrogen-enriched stars is unlikely to be produced via mass transfer and subsequent tidal spin-down in close binary systems. A conclusive assessment of the role of rotational mixing in massive stars requires a quantitative analysis that also accounts for the effects of binarity and magnetic fields. 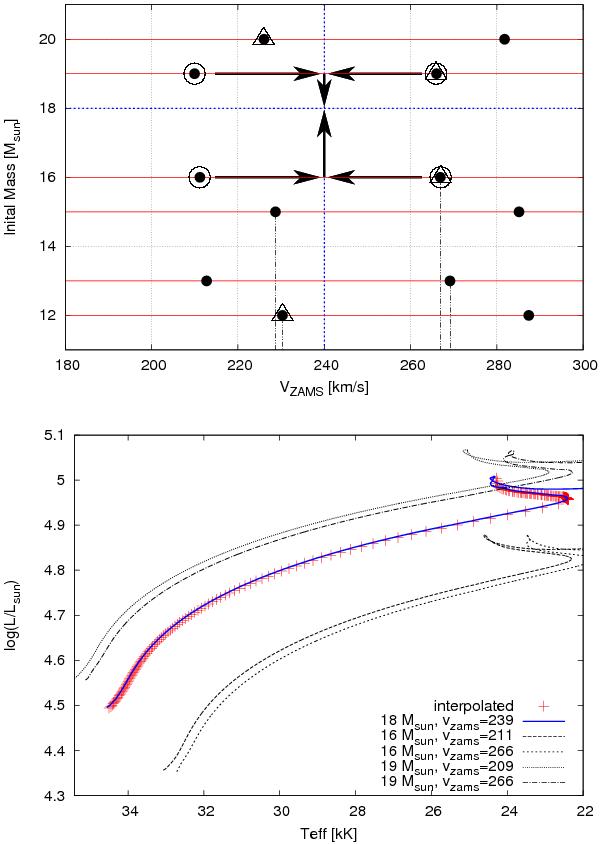