The subgiant branch of ω Centauri seen through high-resolution spectroscopy. I. The first stellar generation in ω Cen?

We analysed high-resolution UVES spectra of six stars belonging to the subgiant branch of ω Centauri, and derived abundance ratios of 19 chemical elements (namely Al, Ba, C, Ca, Co, Cr, Cu, Fe, La, Mg, Mn, N, Na, Ni, Sc, Si, Sr, Ti, and Y). A comparison with previous abundance determinations for red giants provided remarkable agreement and allowed us to identify the sub-populations to which our targets belong. We found that three targets belong to a low-metallicity population at [Fe/H] ≃ -2.0 dex, [α/Fe] ≃ +0.4 dex and [s/Fe] ≃ 0 dex. Stars with similar characteristics were found in small amounts by past surveys of red giants. We discuss the possibility that they belong to a separate sub-population that we name VMP (very metal-poor, at most 5% of the total cluster population), which - in the self-enrichment hypothesis - is the best-candidate first stellar generation in ω Cen. Two of the remaining targets belong to the dominant metal-poor population (MP) at [Fe/H] ≃ -1.7 dex, and the last one to the metal-intermediate (MInt) one at [Fe/H] ≃ -1.2 dex. The existence of the newly defined VMP population could help to understand some puzzling results based on low-resolution spectroscopy for age differences determinations, because the metallicity resolution of these studies was probably not enough to detect the VMP population. The VMP could also correspond to some of the additional substructures of the subgiant-branch region found in the latest HST photometry. After trying to correlate chemical abundances with substructures in the subgiant branch of ω Cen, we found that the age difference between the VMP and MP populations should be small (0 ± 2 Gyr), while the difference between the MP and MInt populations could be slightly larger (2 ± 2 Gyr). 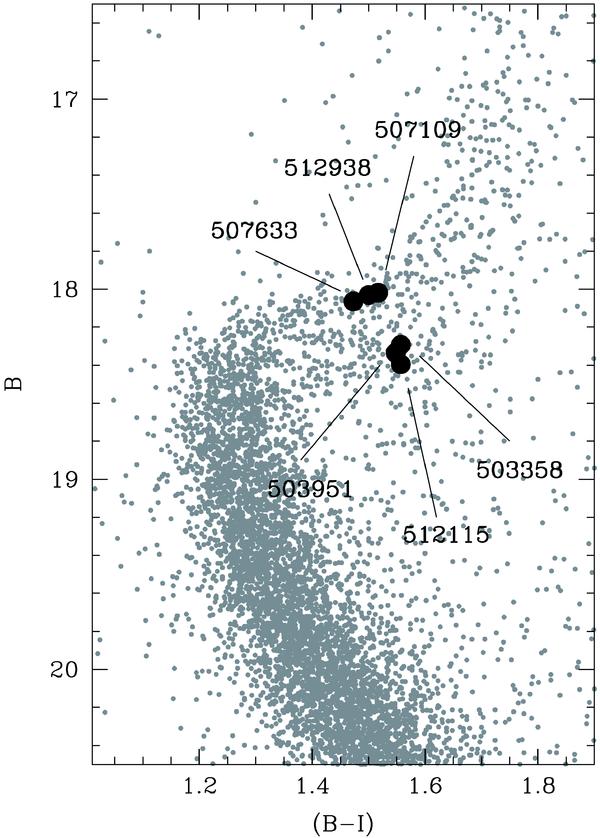