Phenomenological models of convection adopt characteristic length scales that are chosen to fit solar or stellar observations. We investigate whether changes in these length scales are required between the Sun and low mass stars on the red giant branch (RGB). The question is addressed jointly in the frameworks of the mixing length theory and the full spectrum of turbulence model. For both models, the convective length scale is assumed to be a fixed fraction of the local pressure scale height. We use constraints provided by the observed effective temperatures and linear radii independently. We consider a sample of 38 nearby giants and subgiants for which surface temperatures and luminosities are known accurately and the radii are determined by interferometry to better than 10%. We computed dedicated models for the few cases where the stellar masses were determined by asteroseismological measurements. First we calibrated the solar models. With the same physics, we then computed RGB models for masses between 0.9 M☉ and 2.5 M☉ and metallicities ranging from [Fe/H] = -0.34 to solar. The evolution is followed up to 103 L☉. Special attention is given to the opacities and the non-grey atmosphere models used as boundary conditions for which the model of convection is the same as in the interior. For both the mixing length theory and the full spectrum of turbulence models, the characteristic solar length scale for convection has to be slightly reduced to fit the lower edge of the observed RGB. The corresponding models also agree more closely with the expected mass distribution on the RGB and the seismic constraints. These results are robust regardless of effective temperatures determined spectroscopically or radii determined interferometrically are used. 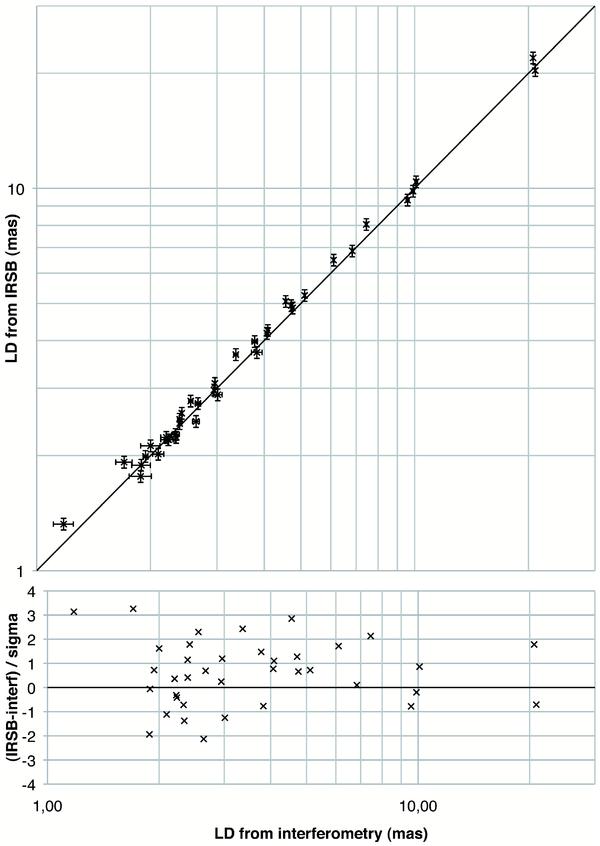