Context. Parallel analysis of the large-scale morphology and local environment of matched active and control galaxy samples plays an important role in studies of the fueling of active galactic nuclei.
Aims: We carry out a detailed morphological characterization of a sample of 35 Seyfert galaxies and a matched sample of inactive galaxies in order to compare the evidence of non-axisymmetric perturbation of the potential and, in the second part of this paper, to be able to perform a multicomponent photometric decomposition of the Seyfert galaxies.
Methods: We constructed contour maps, BVRCIC profiles of the surface brightness, ellipticity, and position angle, as well as colour index profiles. We further used colour index images, residual images, and structure maps, which helped clarify the morphology of the galaxies. We studied the presence of close companions using literature data.
Results: By straightening out the morphological status of some of the objects, we derived an improved morphological classification and built a solid basis for a further multicomponent decomposition of the Seyfert sample. We report hitherto undetected (to our knowledge) structural components in some Seyfert galaxies - a bar (Ark 479), an oval/lens (Mrk 595), rings (Ark 120, Mrk 376), a nuclear bar and ring (Mrk 352), and nuclear dust lanes (Mrk 590). We compared the large-scale morphology and local environment of the Seyfert sample to those of the control one and found that (1) the two samples show similar incidences of bars, rings, asymmetries, and close companions; (2) the Seyfert bars are generally weaker than the bars of the control galaxies; (3) the bulk of the two samples shows morphological evidence of non-axisymmetric perturbations of the potential or close companions; (4) the fueling of Seyfert nuclei is not directly related to the large-scale morphology and local environment of their host galaxies. 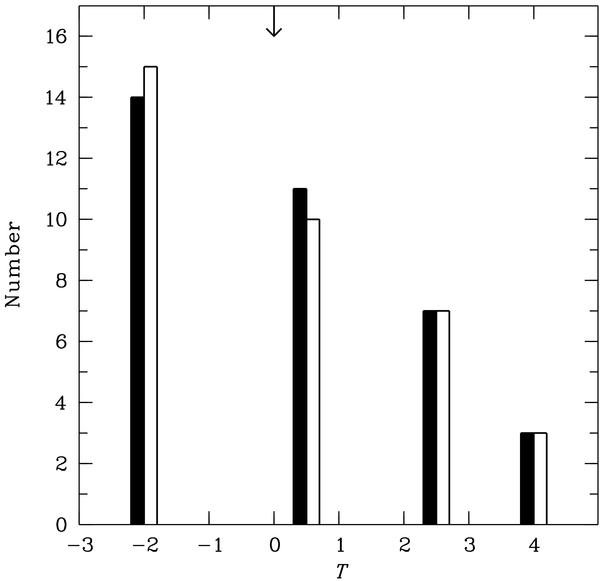